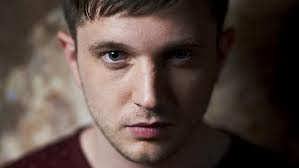 Myself and Benjamin Paul Ballance-Drew are relaxing backstage. We are in Yorkshire, in the middle of the seemingly never ending Dalby Forest, and we are sitting on a white leatherette sofa that is housed in a voluminous white tent. The background noise we hear above our conversation is the pellet-like pounding of rain on the tent awnings. Outside, it is sodden and mucky, and a slow-day hive of activity. Despite the faux trappings of an IKEA sofa, a busy catering team looking after the dietary requirements of anyone that pops into the Food Tent, and a shiny double-decker tour bus, it is far from glamorous or stylish. Rain might be inhibiting the level of play, but there’s a strong sense backstage (indeed, as there always is) that work, not play, is on the agenda.

In two hours time, Plan B will walk to the stage from his tour bus, his smart, shiny on-stage shoes covered in plastic bags to prevent them from getting mucked up, and with an associate holding an umbrella over him. Right now, Ben Drew is in casual mode, jeans, runners and a rather cool monochrome This Is England t-shirt peeking out from a subtly quilted jacket that has seen better days and too any magazine covers.

Ben, also, has seen better days – he looks knackered, to be honest: unshaven, bleary-eyed, running his fingers through short, just-woken-up hair. The previous night and for most of the morning and afternoon he was at a friend’s recording studio, located reasonably nearby, putting finishing touches to his new album, Ill Manors. “I’ve been living on reserve fuel for the past few months,” he mutters, “working under such pressure, working on average 20 hours a day.”

Maybe so, put the results are wholly impressive. Drew’s new album – the follow-up to the career-turning reinvention that was 2010’s The Defamation of Strickland Banks – is, like its predecessor, a concept work. It’s also the soundtrack to the crisp, exceptionally moving realist-urban film of the same name that Drew wrote and directed (and which, inexplicably, sank without trace on its release).

The album and movie, however, are indivisibly something else:  authentic state-of-the-nation and spokesperson of a generation addresses from someone who willfully, astutely, explores what he terms “the demonization of the underclass”. We are in the middle of, however, a classic chicken/egg dilemma: which came first – the album or the movie?

“The movie was there before the …Strickland Banks album,” Drew says. His face squiggles up in thought; he takes a puff from his roll-up and a swig from his bottle of water. “In fact, the actual idea was there for many years before that. When I was about 15, my mum walked into our sitting room with a present for my blind granddad. It was a novel on audiotape. She asked me for a stamp, which, frankly, was an odd thing to ask me for – I mean, why the fuck would I have a stamp? I didn’t even read books then, let alone write letters.

“Anyway, she said she was posting it to my granddad so he could listen to it. I asked did it have music on it, and she said, no, just someone’s voice, and I thought why don’t they put music and sound effects on it? It was then I decided to do something – a movie, probably – with some kind of narrative on it.”

From this, Drew started writing a series of interlinked short stories, which, he says, formed the basis for his 2005 debut album, the visceral, obscenity-strewn (equal parts remarkable and offensive) Who Needs Actions When You Got Words. If Who Needs Actions… proved that Brit hip-hop had a formidable and unapologetic wordsmith mirroring real-life UK council estate scenarios (muggings, stabbings, drug dealing/taking, casual underage sex and couldn’t-care-less parenting), then the follow-up album five years later blindsided everyone by paying exquisitely detailed homage to Stax and Tamla Motown tunes. 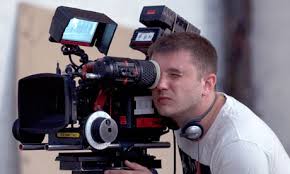 But what’s with the five-year gap between albums? Enter stage left another string to Drew’s bow: acting, directing, screenwriting. Concurrent with his debut album, Drew wrote a script for a movie, but the company he sent it to baulked at commissioning what they viewed as a blood-raw talent, and passed. Next came a short film/video clip for a non-album track, Bizness Woman, which, as scripted by Drew, depicted another nightmarish scenario of a woman waiting for her boyfriend to pick her up from a red light district. It was directed, however, by none other than Mike Figgis.

“And that,” says Drew with just a hint of relief mixed with arrogance, “paved the way for the Ill Manors movie, which was of better thematic quality, with an extended storyline and new music.” The movie, according to Drew, took about four years to get together. He outlines the ignominy of having to deal with the financiers: “meetings with people blowing smoke up my ass and dangling carrots in front of me. Even though people liked the script and a short treatment of movie, the words ‘credit crunch’ kept being thrown at me whenever the subject of me directing the film cropped up.”

During this process, he continues, his record label was looking for a new album. As we now know, his …Strickland Banks album shook the rafters. And then? “All of a sudden people want to help me to make the Ill Manors movie. I couldn’t say no to the opportunity, but in retrospect I took on too much, which is why I’m so knackered. Look, I’m not complaining, really I’m not, but for over three years I haven’t had a personal life. If you do any job, you’ve got a weekend off, right? But one week bleeds into the next… Maybe later this year?”

The various narratives of the Ill Manors album/movie take place in and around East London’s Forest Gate (where Drew was born), and gradually interconnect via tales of drug dealing, gang culture, teen models, prostitution, and trafficking. Harrowing it may be (the prostitution strand particularly so; it is expanded from a short film, Michelle, Drew made and previously hawked around to film companies as a calling card) but look deeper and you’ll discover at the centre of the interweaving storylines warmth and sincerity.

“You mean that life can be shit,” queries Drew, “but if you have one person that loves you then it might just turn out to be a good life? Yeah, that’s pretty much it. The way I know it, is that when you’re in that zone, the world seems so small. When I was a teenager, I felt a prisoner at school and in my environment. There was someone there that I wasn’t getting on with it, I was getting into fights, and so you’d dread going there.”

The result of which is that Drew was expelled and sent to a Pupil Referral Unit in a different part of East London. A frown creases his face. “That was really scary for me – kids don’t go outside their own postcodes because so much of inner city life is territorial. Going to school on the bus with a knife in your pocket makes you feel like a prisoner, but the only thing that gets you through so many temptations to make money from doing illegal things – temptations from hanging around with certain people because you feel a lot more protected by being with them, even if in many ways you’re in their pocket – is if someone loves you, like my mum did. Do I have a sense of morality? Yeah, I have, because I had – and have – a good mum in my life.”

“So having even one good person in your life that looks after you, that guides you through certain periods of time, is very important. Ultimately, though, it’s up to you to decide whether or not you want to stay in that environment. Do you want to go round and round in the same circle, or do you want to get out? Some people don’t see a way out, and it’s usually because they don’t believe they can be anything better than what some of the people around them – or society – has told them they’re capable of achieving.”

The rain is still pummeling down, and Ben Drew draws for breath. It’s almost time for him to get suited and booted and play in front of 5,000 people in the middle of a forest. What happens next for him in his chosen areas of expertise is up for grabs. Movies seem a certainty. And music? Well, we’d like to ask Drew about his mooted The Ballad of Belmarsh album (which will continue the storyline left hanging on …Strickland Banks) that he’s been talking about for a couple of years, but there’s no time left. Except for this almost valedictory conclusion, courtesy of the man with the Plan.

“I’ve proved that I can direct. Ill Manors – the movie – was only meant to be a calling card, but it has undoubtedly become more than that. I mean, so many people helped me make it, of course, but it has my name on and over it. You have to prove yourself in many ways, but once you prove yourself things become easier – there’s probably going to be a budget there for the next film, for instance, so hopefully I won’t have to ask too many people for too many favours.” And, he implies, the next time he walks onto a film set as a director he’ll have no worries. “I’ll know exactly what I’ll be doing. I’ll know what lens I’ll need to use. I didn’t know that before. I do now.”

Ill Manors, the movie, is showing on Sky Movies Premiere right about now.

(This first appeared in The Irish Times/Ticket, July 2012.)