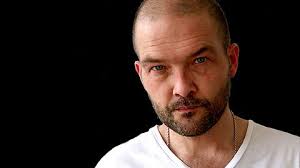 We’ve been casually observing Ben Watt for the past 30 years, and we can say with a degree of authority that he has always had the demeanour of someone who would surely far prefer to be surrounded by books and culture and art than roadies and tour managers. He’s just arrived in Dublin off a red-eye flight from Heathrow, and he’s still a bit bleary. He shakes his head, which boasts (although that’s hardly the word) a fine down of tightly cut hair. Tea? Yes, he would like that very much, thank you, but could we please leave the teabag in to soak?

Something odd is happening to Ben Watt these days, and it has nothing to do with English Breakfast or Earl Grey. After about 15 years spent DJing, being with his family (he is the father of three children, and is married to songwriter/author Tracey Thorn) and running his own Buzzin’ Fly record label, he is back in the limelight for two reasons. The first is a memoir, Romany and Tom, a beautiful yet immensely sad book about his parents – how they met, how they loved, fought, grew up and old together. The second is a new album, Hendra, his first solo recording since 1983’s North Marine Drive.

The lights? The action? The interviews? The early morning check-ins? We get the impression he’d rather not engage with all of these. “Well, it’s not that I haven’t been busy,” he begins, “what with the DJ stuff and the record label, but as they’re both essentially part of an underground scene, it operates under a different set of rules. And, you know, although it’s all underneath the mainstream radar, that scene has its own magazines, its own websites, media outlets, festivals, clubs – there is a huge audience for it. I’ve played some of the best clubs and festivals anyone could play, so to me it’s not that different, I’m just talking to a different set of people. Rock music and books gets covered in the papers, underground house music doesn’t.”

The shift from mainstream to underground was self-generated. Towards the end of the 1990s – that decade in which Watt and Thorne, as Everything But The Girl, enjoyed huge commercial success in the UK, USA and beyond – it was decided to retreat. Not, as might usually be the case, to lick wounds brought about by lack of record sales or diminished popularity, but purely as a means to see where they were as people and as a couple.

“I felt I was a bit burnt out with songwriting; I was quite bored of the carousel Everything But The Girl were on, and I needed to do something different. Tracey wanted to have kids, and then I started to become interested in underground clubland. Yet more than ten years later, I felt I needed to get back to words again. Having worked largely with instrumental and electronic music for a time, I viewed myself as a facilitator for other people rather than a creator.”

Two ideas came to him, each spurred on by deaths in his family. In the first instance, Romany and Tom was inspired by the death of his musician father, Tommy, in 2006. His solo album was spurred on by the unexpected death (“a late diagnosis of lung cancer – three weeks from admission to hospital to her death”) of his half-sister, Jennie, in 2012. “I wrote the book quite quickly in less than 10 months in 2012, but right at the end, just as I was finishing it, the person whom I most wanted to read it – my sister – died. That was obviously a big blow for all of us, and I think that stirred up another set of very powerful feelings in me. At first I thought that I might write another book, but then I picked up a guitar and wrote a song. I hadn’t written a song that quickly or as easily for a long time, and that kick-started the writing process for the album.”

There was always been a melancholy, sober air to Watt, and his new book and album bear traces of a regulated, perhaps overly reflective mind. This said, there is also true creative force at play, and when he writes about his parents (each in their own way part of the UK’s Flinging Fifties/Swinging Sixties media set – his father won an Ivor Novello award, his mother was a RADA-trained actor and celebrity feature writer, who could count the likes of Anthony Hopkins, Richard Burton and Elizabeth Taylor as acquaintances) he does so with acute observational skills that many a high profile fiction writer would envy.

But parents, eh? Can’t live with ‘em, can’t get by without ‘em? Watt reckons, partly, that because his parents were quite narcissistic, self-absorbed people (“very loving, but very much wrapped up in their own careers”) he feels now, as a parent, that he is obliged to be very much aware of his own kids’ development. “Tracey is very good at that kind of stuff,” he says with something of a resigned smile. “She is a natural born parent, and I’ve taken my hat off to her from day one – she just seemed to know exactly what to do and how to do it.”

As for himself, Watt writes in Romany and Tom (of a visit in 2006 to a Harley Street psychiatrist for treatment of a moderate-to-severe recurrent depressive disorder) that he considered himself “a false, inhibited parent.” Refreshingly honest, he admits that he battled with being a parent from very early on. “I wasn’t convinced that I was completely ready for being a parent, and so what did I do? I plunged head forward into a career as a DJ. Some might say I was avoiding parenthood, my kids, and perhaps I was to a certain extent, but you work through it, and I think, now, I’ve done alright by them.”

Did it help that he and his father were connected also with music? Alas, but even that was complicated, he recalls. In Tommy Watt’s heart, he would, apparently, have loved his son to become a jazz musician, because that was what he loved and understood the most. “When I first started playing guitar, he was very quick to impress upon me that jazz guitarists such as Wes Montgomery and the Irish guitarist Louis Stewart were the best. But I was growing up in a different generation, listening to different things, hearing music in a different way, so by the time I became a successful musician I think he was quite conflicted. On the one hand, he was very proud that I’d become a musician and that I was making a career out of it. Yet on the other I was forging a career in the very area of music that he had rejected.”

And so we’re back where we started – Ben Watt’s love of words and music, which came to the fore over 30 years ago on a post-punk indie label, graduated to major labels (Warners, Virgin), and then arrived back at square one again. With each, he has experienced varying levels of success. Pros and cons?

“Well, the idea of the autocratic mogul figure has gone,” Watt claims with obvious signs of relief. He sips the final dregs of his by now ultra strong tea, which appears to have set his system up for the day. “That person in my experience was Rob Dickens of Warner Music. We were on a label called Blanco Y Negro, where we had autonomy in that we were able to make the record that we wanted to make. But the album was marketed and distributed by a company then known as WEA (Warner/Elektra/Atlantic), and we always had to have that excruciating meeting with Rob, where he would tell us exactly what he thought of what we’d made. Although we had autonomy, we felt we had to get his goodwill to succeed in getting any kind of a budget in order to promote the record. So it was instant tension at those meetings. We never really saw eye to eye, and I have to say I hated that period of time. There was great anxiety whenever we delivered a record.”

With Hendra, Watt is on stable ground, privy to no one’s business but his own, and not party to tense business stand-offs. The lack of conflict obviously suits him. “It’s released through a smallish label with good marketing and distribution outlets. I control the music and the copyright, and I drive the vehicle forwards, yet at my disposal are all the things that major labels provide. It’s a communal way of working with music. And that’s a pro as far as I’m concerned.”

Romany and Tom is published by Bloomsbury; Hendra is distributed by Caroline Records.