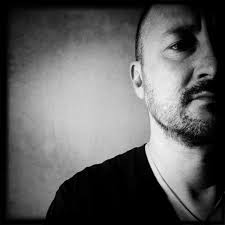 Oh yes, he’s all dapper and polite these days, but Clint Mansell – one of the most successful film soundtrack composers of the past ten years – used to be in a band called Pop Will Eat Itself, was a member of the mid-late ‘80s UK punk/sample/hip-hop movement known as ‘grebo’ and hung out with other bands of the scene (centered mostly around the UK Midlands) by the monikers of Gaye Bikers on Acid, Ned’s Atomic Dustbin, The Wonderstuff, and Carter the Unstoppable Sex Machine.

From singles such as Beaver Patrol, Dance of the Mad Bastards, Get the Girl! Kill the Baddies! and Another Man’s Rhubarb to working with film directors such as Duncan Jones (Moon), Park Chan-Wook (Stoker) and, most notably, Darren Aronofsky (Pi, Requiem for a Dream, The Fountain, The Wrestler, Black Swan, Noah), Mansell has taken a rocky path far less travelled. How on earth did he get from Stourbridge – a UK Midlands town known more for being the birthplace of Led Zeppelin’s Robert Plant – to Sunset Boulevard?

Mansell, a reflective sort whose unmistakable Stourbridge accent is piggybacked by American inflections, says the journey from there to here is strange only if viewed in a general way. Looked at incrementally, he reasons, it’s not so unheard of.

“Quite simply, I was playing in a band, and for better or worse, I feel that rock music – or whatever you want to call it – is a young person’s game. By 1996, I’d reached the age of 33 and didn’t really know where the band, or myself, were going. I didn’t know what I had to say, creatively, and I didn’t feel my presence was relevant in that world anymore. Come the mid-90s, and electronic music was having another day in the sun. More ambient, emotional pieces were being accepted into the mainstream, and I thought maybe I’d enter it.”

As one of the main songwriters in Pop Will Eat Itself, Mansell knew his way around song building, and the band’s creative manifesto of utilizing samples and hip-hop constructs was also pivotal in the development of creating textures. By 1996, he left the band, and England, and moved to New York to, in his words, “try to get a different perspective, something new.”

Cue meeting and working with burgeoning filmmaker, Darren Aronofsky, who at that time was working on his low budget ($60,000) feature debut, Pi. From that film to Aronofsky’s most recent, Noah, Mansell has worked on the soundtracks to all of the director’s movies. Instrumental passages, he says, were slowly infiltrating his creative day-to-day work. The idea, remarks, Mansell, of creating a mood or an emotion through instrumental music seemed “more universal” to him.

“You can create a mood or a feeling without having to speechify it. I like music that allows you to get lost in it, to have your own thoughts, to a degree, while you’re listening to it. Above all, that’s what connected me to film music.”

Not that he was to realize it when he was a teenager, but his viewing on television (in 1976, a mere three channels in the UK – BBC1, BBC2, ITV) of what could now be termed independent art house movies (Walkabout, Parallax View, Don’t Look Now, Picnic at Hanging Rock, The Man Who Fell to Earth, Assault on Precinct 13) unalterably influenced him. “They were all intelligent movies that had interesting scores,” he recalls. “And when I was in Pop Will Eat Itself, a big part of our sampling library included film scores.” It wasn’t until Mansell started working with Aronofsky that he began to understand how affecting an original piece of music written to a scene in a film could be. “We first discovered it on Pi. Darren and I had no real idea, to be honest – we were just following our muse, doing the things that we felt worked.”

From Pi onwards, Mansell and Aronofsky have forged a collaborative partnership that is inclusive, but not intrusive. “I’d write all of the notes, but we’d mess around with the music,” explains Mansell. “We’d place it in different parts of the movie, and he’d give me ideas. Darren gives me free reign to bring in any ideas I might have – the last thing any director wants is for you to have no ideas. He might give me buzzwords, but he allows me to interpret them in any way I see fit. Ultimately, he has to love what I’m bringing to him; it certainly isn’t a case of me giving him the music and then saying, see you later.”

Does friendship ever get in the way of business? Creative relationships are different to friend-based ones, observes Mansell, because the connection is, first and foremost, the work. “But we have grown together, that’s for sure,” he relents somewhat. “Pi was released close to 20 years ago, and we’ve worked with each other since then. We don’t see a great deal of each other when we’re not working, however, but we’d definitely stay in touch, send each other ideas and pieces of music.”

It is telling that a clutch of the best film composers of the past ten years – and this includes Mansell – have spent time in their 20s and 30s as part of rock groups, or have operated within a rock music framework. Along with Mansell, the likes of David Holmes, Owen Pallet, Trent Reznor (Nine Inch Nails) and Cliff Martinez (Red Hot Chili Peppers) are fully aware of what the inside of a tour bus looks like. More importantly, though, is how and why the old (and often good) guard of film composers is being bumped into by the relative young turks.

“Perhaps we’re simply getting the opportunity,” posits Mansell, “and maybe people like Trent and Cliff needed to look further afield than the music they were creating for a band format. Also, the directors making films have grown up with the bands and the musicians, and so the composers make sounds the directors recognize. It also becomes the musical language that the directors can relate to. Back in the day it would have been Steven Spielberg and John Williams, so it’s still the creation of partnerships between directors and musicians, except these days it’s probably more outside the old-school Hollywood film studio environment.”

All things considered, Mansell has come a long way from three-channel TV land and songs such as Dance of the Mad Bastards – his work on Aronofsky movies and in particular, Lux Aeterna, the leitmotif from Requiem for a Dream, has seen to that. As chance would have it, we’re talking on one of his days back home in Stourbridge, which he occasionally visits from New York in order to see his mother. Does he have fond memories of those mid-late ‘80s days, of leather-jacketed camaraderie and drinking from the necks of beer bottles in tour buses that always seemed to be on the verge of breaking down?

“I’d always wanted to be in a band,” he answers, as if that explains everything – and, indeed, maybe it does. “And I always wanted the opportunity to write songs and play gigs around the world. So, yes, that was brilliant, and it was exactly what I wanted to do at that stage of my life.”

And does he ever think what might have happened – or not happened – if he had stayed in Stourbridge? “Well, I don’t think I’d have met Darren Aronofsky, that’s for sure. Probably Shane Meadows instead!”