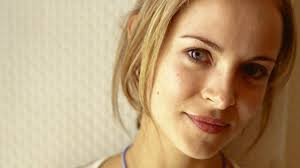 This music lark? It all started, recalls Gemma Hayes, in the late 1990s, in her sister’s bedroom in Dublin. There was a party in full swing downstairs, but she was hiding away from it, passing time by strumming her sister’s guitar and trying to sing a song. But then someone knocked on the bedroom door; a head peeped in, and a voice said that if she really wanted to sing songs then she should make her way to the International Bar.

“So I went along the next week,” recounts Hayes, as she sips English Breakfast tea and nibbles on a madeleine cake in a Dublin city centre café. “What I wasn’t aware of was that the guy who suggested I go there put my name down on a list of people to be called up to sing. So I got up. I had to use someone else’s guitar because I didn’t have one, and that was my first time. I sang two songs – Juliana Hatfield’s My Sister, and my own song, Dead Man, which I had written when I was 16. That was when I decided singing was what I wanted to do.”

Hayes is really quite a special fixture in music. Her willowy and photogenic presence notwithstanding, she exudes a subtle steeliness that has seen her engage, retreat and then – with somewhat more strategy, perhaps – re-connect with the music industry. That takes courage and resilience as well as confidence. She is now, also, a mother, so we can add layers of patience, perseverance, endurance and exhaustion into the mix of integrated character building. Unlike her songs, which are occasionally oblique in their telling of the complexities of the human condition, Hayes in person is disarmingly honest, conversationally inclusive, good fun.

Back in the late 90s, when she was in her early 20s, all she had was ambition. Unwittingly, she had landed in Dublin at a time when a burgeoning singer-songwriter scene (if not movement) was taking off. Many youngsters, like Hayes, were taking tentative steps towards some form of success; others, such as Glen Hansard and Damien Rice, were already viewed as the leaders. It was, she recalls, an exciting time in her life.

“It was a thriving scene, but there was definitely a hierarchy. A closed shop? If there’s any kind of a scene where people get together it looks like a closed shop, and if you weren’t a musician, then how could you know otherwise? You wouldn’t be interested in the conversation because it was only ever about music. So, yes, maybe it was closed off, but not in a mean-spirited way. It was hierarchal, but that was the nature of it.”

This ‘scene’ was where she “cut her teeth”, she offers (she checks if this is the right phrase to use). It was also where reality checks bounced right back into her face. Yes, she admits, she had a nice voice, and had the passion for it, but not much else. At the International Bar, she adds, she learned about chord progressions, and how to lift up a chorus by watching people much better than her do it. “And yet I applied myself to the job at hand as if a person possessed. I think I found something that filled me with purpose and joy. I’d play the guitar for virtually 24 hours a day. Very quickly it got to a point where I was writing songs that weren’t good, but they certainly weren’t rubbish, either.”

Raised in the County Tipperary village of Ballyporeen (internationally known for being the ancestral home of US President Ronald Reagan), Hayes passed through primary school with little fuss. Her teenage years were formed, to a degree, by her time at boarding school (Scoil Pól, Kilfinane, County Limerick, which ceased boarding facilities in 2004), and it was here that her world opened for the first time. She laughs at the memories. “I started meeting people from different counties – not countries, counties! Limerick, Clare, Cork – it was very exciting. When I look back at it, I can say I loved it overall, but I was an awkward teenager, very shy, caught up in not looking the right way…”

Excuse me? I beg your pardon?! Did we hear this right? Another sip of tea, another nibble on a dainty pastry. A nod of her head. A trace of a smile. “I found too many flaws about myself back then, but as is the way with teenagers, a lot of it was in my head. Also, I wasn’t a popular girl, yet I wanted to be, and I wanted to act as the other pupils acted, which wasn’t how I was inside. So I set up a not good place to be by not being who I was, and that was exhausting. I went through a lot of that – not wanting to be myself – which is typical of those teenage years. And there was the added pressure of being female. As a teenager, I never looked in the mirror and saw a pretty girl – I just saw things that I wanted to be different. But then you grow up, and you are yourself, like it or not.”

Which brings us back to arriving in Dublin (“I no longer had to be back in my room by a certain hour, so of course I went mad!”), the International Bar, dropping out of college (Arts degree at UCD) and stepping onto the music industry ladder. It hasn’t been a smooth trip all the way, she admits. “It’s certainly been one hell of a journey – for good and bad. When you choose to be a creative person it can be really tough. My disposition isn’t of the jolly, happy-go-lucky type, and I’ve gone through bouts of not being creative, and having that impact on me. I’ve even moved countries to see if that might help to make me snap out of something.”

Despite this, Hayes has delivered the goods. From 2002 onwards, five excellent studio albums have positioned her in the front rank of creative songwriters. While her songs are so inherently melodic that each album should come with a free whistle, she hasn’t had mainstream America fall at her feet.  She remains, nevertheless, determined to succeed on her own terms, at her own pace. “I think at the start of my career I had a very clear idea of what I wanted to achieve. Back then, I had such a combination of cockiness and naivety. I was, quite literally, aiming to take over the world – my agenda was to be recognised for what I do, when in fact I barely even knew what it was I did. As I progressed, huge success never really arrived. If it had maybe my answer now would be different, but I just don’t care about it anymore.”

Hayes rightly suspects that her music isn’t indie enough for some record labels, and not pop-oriented enough for others. Her musical style is what it is – intelligent, questioning lyrics allied to beautiful, woozy melodies. “When I’m writing a song that I know isn’t super indie, I could easily make it that way. Or if it’s not poppy enough I know I could make it so for major labels to be interested. But I just do what I do. It’s quite selfish, perhaps, but this way everything is simplified. I would never close the door to selling loads of records, but it’s a bit like winning the Lotto – if it happens, it happens. I’m not going to work towards it. I write songs to make me feel a certain way, and there are people out there who get something from that.”

All is well and good, then. A new album, Bones + Longing, is currently picking up the best reviews of her career. Newly married, her baby is reconfiguring the balance between creative pursuits and parenting (“The writing part is not the worst – it’s the nights with the baby. When I wake up I can’t go back to sleep, so I end up playing the guitar. A lot of my writing is done late at night, anyway, so having a hungry baby has been helpful!”). And then there is the not so small matter of growing comfortably into your skin, of gradually coming to terms with past ambitions (thwarted), aims (skewered), music industry conflicts (ejected) and sleeping patterns (er, babies). It seems that what Hayes wanted over 20 years ago has become far less important to her.

“It was a gradual realisation,” she explains, as she manoeuvres her way out of the café and into a waiting taxi. “The need from me for the music to be recognised dissolved quite naturally; the need to prove myself to people got less, and the music became a thing that I just loved to do. And thank God there were people who bought enough of my albums in order for me to make another one!”