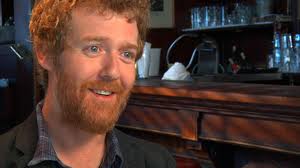 It is no small irony to Irish, Oscar-winning singer/songwriter/performer Glen Hansard that, on occasion, major success comes to those who, quite like himself, he admits, would rather whittle wood and talk to themselves in ramshackle sheds miles away from anywhere.

It’s an even bigger irony when the type of success many might think they’d like visits them twice. “One’s response to success has to be fluid,” reckons Hansard. “The answer I give now might not be the answer I’d give tonight or in the morning.”

Over 20 years ago, Hansard – a reflective man in his 40s, sporting a salt’n’pepper beard, and something of an icon for the species known as the ‘Irish singer-songwriter’ – featured in director Alan Parker’s treatment of Roddy Doyle’s The Commitments. His performance (as Outspan Foster) was notable for being the least grandstanding of the ensemble cast, and probably the most naturalistic, yet the idea of a sequel made him uneasy. There was, he avers, frustration where almost overnight he became a celebrity. Such frustration came about due to not being recognised for his songwriting – the very thing that he loved the most was sidelined by the hype surrounding the movie.

“I didn’t deal with it well at all with The Commitments,” he says of his instant rise in profile. “It was only in Dublin, though; at first it was great being called Outspan but then it got very wearing.” And so Hansard disappeared from films, television and follow-ups, and instead concentrated on music.

It was always going to be music for this most passionate of singer/songwriter/performer. He left school in the mid-80s in order to fulfil his ambition of being the new or the next Dylan/Morrison/Cohen. “I wanted everything,” he recalls of his teenage years spent busking on and around Grafton Street. “I wanted to be huge, famous, to be Dylan, Morrison, Cohen, or a mixture of all of those guys, to live like them, tour like them, into my 70s. These were my childhood goals and they haven’t changed.”

A rooted, world-wise Dublin childhood spent hanging around Moore Street (his mother once worked from a stall there) and its environs toughened up an Artful Dodger-like Hansard to the point where an old head started growing on young shoulders. By the age of 17, he had left home, renting a flat on the outskirts of the city, which immediately bestowed upon him an air of command and ownership.

Busking on Grafton Street eventually led to forming The Frames, a band that gained an intense, ever-growing fanbase predicated on Hansard’s often electrifying stage presence and his tendency to hoist himself up as spokesperson for a generation (a position that gained him as many media friends as naysayers). Hansard and The Frames, nonetheless, quickly rose to the top of the pile, in the process becoming standard-bearers of an attitude that didn’t define success in terms of record sales and/or securing a major label record deal, and that also didn’t wish to be mercenary about such matters. And so it continued.

Hansard cared (and still cares) little for the star tag. He is, as we have hinted, a reluctant celebrity – the nature of which he understands only too well. The arc of his music career has travelled from accepting coins from passersby on Dublin’s Grafton Street, to groundwork with The Frames, to receiving an Oscar in Hollywood for the indie movie, Once, to success with the post-Once group, Swell Season, to solo work. Through all of these career points, he has aimed to be grounded, earthed, with no airs or graces from the associated success. His aim, as much by design as by instinct, has been firm, straight and true.

“I would say that all of us in our lives, ” the singer reasons, “want success in whatever it is we choose to do. Where it gets interesting, though, is that when you go after your dream the journey itself is a natural organism – you can’t really control it. You can sabotage it, of course, at certain moments. And then there are other moments when you’re going to fire that arrow, and there are moments where that arrow is going to go a lot further than you had ever thought. You have no control over that, but I have to say that when we made Once, and we took it to Sundance, we couldn’t believe our luck.”

We’re not so certain that luck has much to do with it – Once is a gem, one of those ‘little’ films with a big, booming, beating heart, bolstered by realistic performances from Hansard and co-star (and erstwhile real-life partner) Marketa Irglova, and a batch of tender songs – one of which, Falling Slowly, nabbed the Oscar for Best Original Song in 2008. Its showing at the Sundance Film Festival in 2007 swept up all who watched it in an all-encompassing yet gentle embrace. In its wake came the band Swell Season (which featured Irglova and members of The Frames), and around about now is Hansard’s debut solo album, Rhythm & Repose.

Recorded in New York, the album highlights a maturation process that is measured and meditative. It is as honest in song as Hansard has ever been (and that’s saying something), a collection that, like its creator, once again refuses to wear masks or play games. In the search for something to truly connect (or reconnect) with, it seems that Hansard had been yearning for some years to spend time alone – with himself, his family – and write about the experience.

“I had played a show in Iceland with The Frames in 2010 and came to the realisation that as much as I loved it and them, what was missing was a re-establishment of my relationship with my family – my brothers, my mother. My father had passed some years ago, and I knew I had never really dealt with that. I realised I needed not to do anything for one year.”

Describing it as a kind of epiphany (“I just needed to take some time off and get to do regular things, like going to the doctor for a check-up!”) Hansard – on his return to Ireland – simply pulled down the shutters.

“The nomadic lifestyle is brilliant, the best ever, but there were loads of little things that weren’t getting done. And in order to fix those, they required a slow unwinding that takes months. Usually, when I take time off, the first two weeks are spent in panic mode because there’s no schedule. A month goes by and I’m still panicking. After two months, however, you begin to wind down. You start to see the wood for the trees, patterns begin to emerge that are unfamiliar and that are actually very good for you. I needed to re-energise, and that meant taking time away from being on a tour bus and being in front of, mostly, strangers every night.”

More impactful, perhaps, was that, around this time, Hansard turned 40. “Something clicked,” he smiles, shakes his head with a mixture of sigh and revelation. “I have to admit that I’m still figuring out exactly what it was that clicked, but I realised that my time somehow meant more to me than it had ever before. I wanted to spend time around people that I really cared about, and doing things I really wanted to do. I love music, it has been my life, but the last thing I wanted it to become was any kind of force that pulled me away from being grounded.”

There has been, also, he admits (somewhat sheepishly), “a competing instinct over the past few years about wanting to be a father, with a bit of land… The need to engage with normal living…”

And so, in bitterly cold January 2011, Hansard found himself in Manhattan with a relatively uncluttered mind and a few songs. Linking himself in with musicians that he hadn’t played with before (he describes them analogously as a “shoal of fish whose direction can change in a heartbeat”) he suggested they book a studio in order to record the songs with the minimum of instrumental fuss.

Despite not knowing the musicians, he recalls, the feeling of playing songs and getting them right the very first time made the interaction a wonderful experience. After the second visit to the studio, he realised he was in the middle of making a solo record. “I was living in a different city, in a great apartment, in a very different headspace.”

Also, as it transpired, he was recording and living in the city at the same time as the rehearsals for the musical version of Once. It allowed him, he recalls, the “luxury of being able to stick my head in, and ask how things were going.”

His initial sense was panic, he says of his reaction when he first heard that the highly successful movie was being transformed into a Broadway musical (which went on to win numerous Tony Awards). “I tried to talk John Carney [director/writer] out of doing it, but he was smart about it, suggesting some things for it that really assisted in the transformation. When I first saw it in rehearsals, I was amazed. And the finished item is, with my hand on my heart, a beautiful piece of work. And more importantly, the stage version now owns its own place – they have taken the film and brought it to a whole other area. So there’s a great sense of relief and admiration about it.”

Relief and admiration – it is surely what those who have followed Hansard’s career from his early Frames days onwards feel should they take the time to appraise it. Relief that despite being thrust into the public eye not just once (if you get my drift) but twice, the singer hasn’t gone off the rails. And admiration at the way in which he has negotiated the potentially dysfunctional route from busker to Oscar winner with integrity and honesty.

He puts some of this down to the inherent vibrancy of New York. “There are a lot of green lights in the city, in the sense that it’s all go. The Native Americans claim that it’s very charged, so Manhattan has this sense of amplification, and whatever energy I needed when I went there last year it really gave it to me.”

He strokes his beard for full sage-like effect. “Even if Once hadn’t happened, I’m sure the city would have been the same for me. It’s a city of excellence because the best always gravitate towards the centres. If you want to swim in that pond, you have to be good. You can wing it, but only for so long. It’s a city of grafters, too.”

Well, it takes one to know one…