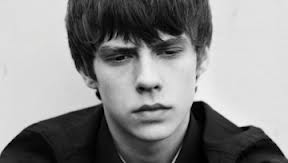 He looks a surly type with his Jagger lips, ciggie slipped in between nicotine-stained fingers, 19-year-old insouciance/insolence and sunglasses perched just-so, but if you’re prepared to sift through the obvious you’ll soon discover that Jake Bugg (real name Jacob Edward Kennedy) is something very, very close to the real deal. Perhaps he is.

“The strange thing about it all is that from when I picked up a guitar at the age of 12 or thereabouts, singing songs, writing music, was all I could ever think about, all I ever dreamt about. I never thought it would happen, but because it has, it’s started to become less surreal.”

There is one day separating Jake Bugg’s birthday from that of Justin Bieber’s, but apart from their initials there is a world of difference between the two teenagers. It’s all horses for courses, but whatever authenticity is (or whatever passes for it these days), is what one JB has and the other JB hasn’t. You can debate it till the cows come home, of course, but one thing is certain – if you had bet money on a 2012 debut album by an 18-year-old council estate bloke, influenced by Bo Diddley, skiffle and moonshine Mississippi music, selling 800,000 copies (and said bloke making UK chart history by being the youngest solo male artist to debut at No 1) you’d have been branded as certifiable.

Such bets have long since been scrunched up and binned – Bugg is the dark horse that has bolted. It’s odd to think that his excellent self-titled album, full of sparse, pithy songs about adolescent scrapes, estate life japes, drugs and violence, has captured the imagination of people who happen to like that kind of thing and people who, arguably, only buy a few albums a year. And yet the really interesting story is that Bugg – a young man very much of his own generation – rejects everything that musically defines it. New skin for old ceremony? Leonard Cohen said that. “I don’t have any contemporaries.” Jake Bugg said that.

Born in February 1994, Jacob Kennedy was raised by his single parent mother in Nottingham’s Clifton Estate, at this time the largest council estate in Europe. Inevitably, society kicked him in the nuts, but by his early teens Kennedy/Bugg (he had taken to co-opting his father’s surname name by this stage) had drifted from structured schooling to parent-worrying self-educating. He devoured books on history and astronomy, philosophy and physics; he became part smart, part smart-arse. Spliffs and cheap beer were partaken of. Family holidays were enjoyed in Skegness, not the Swiss alps. And then he saw an episode of The Simpsons, wherein he heard US singer-songwriter Don McLean sing Vincent. Around the same time, an uncle presented him with a guitar. For Bugg there was no turning back. He lights another ciggie, adjusts his sunglasses. Feigns interest.

“I was doing covers from the age of 12, and then at about 14 I started writing my own songs,” he says in something of a signature mumble. “All of the songs I was listening to and covering had been written by someone else, of course – and the best ones can make your day, give you good memories. So I just thought I’d try to do the same thing – write songs that people could get something from. Even one person. I thought that’d be brilliant. I left school at 16, wrote songs for a year and got signed, so I don’t really know anything else. Sometimes I dwell on certain aspects of the past two years and know full well how crazy it is, but the time you spend dwelling on stuff like that could be better used to do something productive.”

When he first got a sense that he was getting better at what he was doing, what ambitions did he have? “I knew there was a big world out there. I’d never been out of England, not even for holidays or anything exotic like that, and I knew I wanted to see it. You know, the usual thing of wanting to see new people and learn new things. The stuff that I was being taught at school wasn’t necessarily the skills and necessities I’d need for life. So I wanted to learn those things, experience them, and if that meant doing those things through music – which is something I truly love – then it seemed to me that I was killing two birds with one stone.”

Does he think the media make too much out of his working class/council estate background? “Well, yes and no. I mean, a lot of the songs on the album certainly reference those days, but at the same time I couldn’t particularly care what background anyone comes from. If they’re a nice person then that’s the most important thing. Of course, you’re gonna change as a person, especially doing what I’m doing, but it’d be foolish of me to forget where I came from. I suppose what I and many others have proven is that you can come from a background like mine and actually do alright. If you really wanna do it, of course. But I’m not gonna lie – I’ve been very fortunate, and I’m very grateful for what’s happened.”

Fortunate and grateful, perhaps, but things didn’t necessarily land in Bugg’s lap without effort. When his mother was made redundant in 2010, he took a far more serious and focused approach to his songwriting. He uploaded a rough video for his Johnny Cash-referencing song, Love me the Way you Do, onto the ‘BBC Introducing… website. Picked up by local radio in Nottingham, Bugg’s profile was raised somewhat.

Come early 2011, when he had just turned 17, he joined Twitter, and sent direct tweets with video links to people he thought might help him (these people included Zane Lowe, David Gray, Liam Gallagher and, er, Dolly Parton). In the summer of the same year, Bugg signed a four-album deal with Mercury, who suggested he write material with professional songwriters Crispin Hunt (formerly of Longpigs) and Iain Archer (occasional Snow Patrol collaborator from Belfast).

Cynics look away now – it’s important to stress at this point that Bugg’s USPs of naiveté, realism and emotive weight (listen to his remarkably deft love song, Note to Self, for proof of this) remain unsullied by such co-writing outings. Which was not what he expected, he says. “I have to be honest, I got skeptical at first. As an artist you can be defensive – you know, what’s wrong with my songs?! But I had to take a step back, analyze the situation, and realize that at the age of 17 I might just be able to learn from someone like Iain. He’s been doing it for a long time, and he’s good, and so it’s a great experience for me to learn as much as I can so that in the future I won’t need to write with anyone. That said, Iain is more of a mate now, not just someone I write songs with. For every two ideas I have he’ll tell me which one he thinks is the best. It’s good to have such an instinctive person around.”

There’s more work to be done, too; as the debut album continues to sell, Bugg is working on the follow-up. If the location of the studios (Malibu) and the name of the next album’s producer (Rick Rubin) are pointers to anything, then it’s subtle if distinctive change. Prior to meeting up with Rubin, Bugg had no idea who he was, but now that he is acquainted with the producer’s track record he says he is relaxing into writing new material.

The trick, inevitably, is not to fall into the trap of writing second-album songs that are about the joys of travelling on tour buses and checking into Holiday Inns. How is he planning to avoid that? “By listening to enough people telling me not to,” is Bugg’s whippet-quick answer. He goes on to explain that when he wrote some of the songs that ended up on the first album he had never been out of his council estate. “I could only observe what I’d seen there, whereas now I’ve seen so much of the world, and met people I’d never have been able to if I’d not released the album.” The lyrics on the new record, he reveals in a heavy-lidded fashion, are going to be “a bit more philosophical, more metaphoric, new words, stories…”

Anything else before we go our separate ways? Just the one, Bugg says – the touring lifestyle is not to his liking. “I’m really not one to complain, but I suppose it’s lack of sleep and the travelling involved in getting from one gig to the next. Plus, my back is killing me. I’m sure there’s a song in there somewhere…”