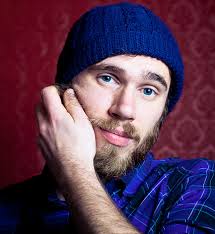 James Vincent McMorrow wakes up to yet another day of blood, sweat, tears and glorious weather at Sonic Ranch, the residential recording studios located in a private country setting that borders the Rio Grande and Old Mexico. El Paso is about 40Kms away, but McMorrow isn’t in the mood for wandering. Even at 5am it’s warm enough for a t-shirt, and so he ambles towards the building’s front porch, where he sits and writes lyrics for the new batch of songs he’s mulling over.

Occasionally, he looks up from his iPad and glances admiringly at the sun inching its way up from the horizon; occasionally, his attention will be diverted by the friskiness of the Palomino horses in nearby fields. By and large, however, McMorrow’s focus is on getting those lyrics finished. Come 7am, he can hear the other residents of Sonic Ranch waking up. Breakfast. More lyric writing until noon. A robust jog in extreme heat – with his passport handy just in case he gets mistaken for an illegal runner. Back to the ranch. Shower. Studio. Obsess about things. Fret for doing so. Get annoyed at musical instruments. Feel guilty. Shout at microphones. Apologize to them. Bed. Email. Twitter. Sleep. Repeat.

Such was the day-to-day working routine for McMorrow about a year ago, but now, residing once more in Dublin, the singer looks as cool as the weather outside and as unstressed as a silk shirt. His work is done, and the second chapter of his life is about to start courtesy of his forthcoming album, Post Tropical. Four years ago, not many would have been able to predict there would be a second chapter, let alone the completion of a first.

In February 2010, he released, to little fanfare and, perhaps, even less interest, his debut album, Early in the Morning, a collection of sturdy songs that you had felt would go somewhere if more people knew about them. Within a year, however – following one of those instructive periods wherein word-of-mouth feedback gains momentum with each passing month – the record had landed on the shortlist for the Choice Music Prize Irish Album of 2010. There then followed almost three years of that album taking McMorrow to more international territories than he could possibly have wished for. Early in the Morning grew legs so strong and sculpted that its runaway success surprised everyone, including its creator. Within a short space of time, McMorrow was outgrowing those small venues in which he had served his apprenticeship. But with that level of success comes no small degree of burden, notably in his case the sense of heightened expectation for new wonderful, original material. How on earth can a songwriter cope with such unrealistic presumptions?

“The idea of trying to predict what people will or won’t respond to is risky. My only instinct for the new album was to commit to whatever was in my head, and it didn’t matter what it was. I’m very ambitious, musically – I want to create great things, not mediocre work. The guiding light for the record was to genuinely make something that I wanted to listen to.”

McMorrow is a smart guy, make no mistake. In his early 30s, with a past history of engagement (and then disengagement) with the music industry through a publishing deal he signed with EMI in 2007, he confesses to being somewhat shy while simultaneously talking ten to the dozen. His accent in inflected with Americanisms, his unruly beard finger-groomed on a regular basis. Without pausing for breath, or so it seems, he will engage you with details about his strict quality control measures (“the curse of being a musician”), his touchstone album (2000’s neo-soul classic, Voodoo, by D’Angelo – “one of the first I’d listened to that made me obsessively think about production values”), his creative compulsions (“with music it feels natural that, in my head, I can pull things apart and then put them back together very quickly”) and how he feels most creative people are, at some level, mildly autistic (“I don’t function well in certain aspects of society, and you can read into that what you will”).

He knows only too well that matters have changed somewhat with regards to his profile. Four years ago, people listened to Early in the Morning and didn’t think about where its beautiful songs came from. Now, with Post Tropical, the sense is that that is all people are thinking about – the hows, the whats, the whys, the wherefores. “Early in the Morning slipped under the radar, and then it filtered out quite slowly, so by doing that it never put too much pressure on me.” McMorrow’s profile slowly progressed from flat line to skyrocket, “so by the time we got to the end of that record, playing in front of thousands of people, it was three years of solid graft. From my perspective, it gave me a solid understanding of what I was doing and where I was going, and also an understanding of what resonates with people – what works, what doesn’t. So that meant I could go away and make whatever I felt compelled to make – without pressure – and not necessarily worry about what the end result would be.”

Leaving behind in many ways the album that got him to where he is right now wasn’t easy, but there’s a sense of McMorrow’s Post Tropical material aligning itself with a somewhat less structured train of thought. The nature of the unfolding of Early in the Morning, he accedes, was that it was all consuming for a long period of time, and so ideas had, by necessity, arrived piecemeal. “I probably had to do a little bit more work compared to other people in terms of consistently thinking about the record as we went into new countries. For example, the first time I went to Australia was in 2012, but I had already started working on new material by that point. They were just abstract ideas stored away on computer files, though, and it wasn’t until the first album cycle was finished about 16 months ago that I started thinking seriously about the new one. The new material needed to be to abstract, because I didn’t want to ground it in serious reality at that point – a lot of the ideas were so surreal. It was having notions of trying to capture an elusive texture that possibly didn’t exist. So the more I kept that in my head, the more I could keep it abstract, and the better it was for the album. A grounding in reality came close to the end.”

The ‘end’, as such, started before McMorrow travelled to Texas. It was a period of time, he says, wherein former abstractions began to take shape within a self-regulated working environment that is, he freely admits, both insular and introverted. “I don’t involve a lot of people in it, no – that method started out as a necessity, but now it’s my process in that if there’s nobody in the room to tell me that an idea is crazy then I can just pursue it until I decide it’s crazy. At this point in my life, my barometer for certain things is fairly well tuned to what is and what isn’t an untenable idea, so I just don’t involve people. For songs to function, though, I’m aware they also need to have linear threads.”

In the process of writing new songs, there were, he reveals, some rather strange things he’d written down on paper (“like wanting particular musical passages to flow like a waterfall, and so on”). In order to offset the disintegration of even more grey cells, McMorrow, for the first time, brought in an engineer to work alongside him in the recording studio. Was this a leap of faith or an admission of certain inadequacies? “I felt there were things I couldn’t make work, ideas I had that were beyond my pay scale as an engineer – which I am more by necessity than out of passion. I know how to do it, I know how to produce a record, but I don’t sit at my computer at night looking at new pieces of sound equipment. And I was right to bring in an engineer as good as Ross Dowling, as so many things of a technical nature would have eluded me.”

The result of such a mixture of common sense and autocracy is an album that McMorrow regards as audaciously counter-intuitive. As different from Early in the Morning as chalk is from cheese, Post Tropical positions the singer, songwriter, multi-instrumentalist and beard-groomer in a creative zone that many have bought a ticket to but few have entered. “There was a huge learning curve that I skipped to a certain extent when the first record dropped,” he claims, “and that came back to haunt me, particularly from a live standpoint. There’s so much to that world that I hadn’t taken the time to figure out. I’d never played shows before, I’m quite a shy individual, so the prospect of standing on stage was never something I really longed for – initially, I wanted to play drums because I liked the idea of being in the back.

“So I’d never been in a garage band and I’d never played 50 shows in small venues, and once I was doing that with the first record it was at times hard to take. You feel like you have this thing that’s special and you want people to hear it, so there are moments of relative frustration where you felt things didn’t happen quickly enough. That said, I’ve always been quite patient and determined, and my belief in the work was never in question – I felt that if I kept going then eventually something would connect. And once it did, then I’d learned how to be a live performer, I’d learned how to play a song into a room. As a performer on every level, I’d become completely different. At that point eyes were on me, and I was ready for it. Which was a blessing.”

As for Post Tropical – well, James Vincent McMorrow may be the reticent type, occasionally flummoxed by life’s more prosaic matters such as reattaching a U-bend pipe, but when it comes to the musical world he inhabits he’s in full control. “I can go on stage and go to a place that in normal life I’m not capable of getting to. The new album? I’m not 22 anymore, running around trying to figure out what the new hot sound is. I don’t care – I just want to make the best thing I can make.”

(This feature first appeared in The Irish Times/Ticket, January 3, 2014.)