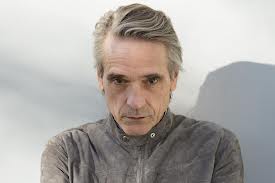 “Film acting is unreal – you’re very spoiled, you stay in lovely hotels, and there are lots of people to take care of your needs and wants. Having a family life is back to normality. There’s no rubbish involved in the house – I do the washing up! And also my friends keep me on the ground. I’ve always believed if you’re an actor playing normal people, then you’ve got to stay a normal person. I’d be stupid if I began to believe my own publicity – good or bad.”

Talk about unreal; a cold sun is shining in Venice, and I’m in conversation with West Cork resident, spouse of Irish actress Sinead Cusack, and Oscar winning actor, Jeremy Irons. As we speak on the concrete patio at the back of his hotel – which, like everywhere in Venice, limply hugs the Grand Canal – a gondola whispers by, and two American ladies of the blue-rinse persuasion gawk over. Irons is used to such attention, but he swats it away with a smile and a wave like the professional he is.

Of course, Venice and image are two aspects of Jeremy Irons’ career that once went hand in hand. Over 30 years ago, he lurched into the mainstream with his unassailable portrayal of Charles Ryder in the universally acclaimed television adaptation of Evelyn Waugh’s Brideshead Revisited. It’s a role that defined him for years – the rather austere, gaunt Ryder and his increasingly melancholic observations regarding the slow but inevitable decline of aristocratic grandeur followed him around like a lazy shadow. He has long since shrugged it off through a series of wide ranging film roles that highlight his often mischievous view of career management.

“As an actor, the millstone around one’s neck is that when you succeed in a role that tends to define you, you then have to spend a lot of energy trying to redefine yourself all the time, because you don’t want to keep playing the same role. So I suppose the first one was Charles Ryder in Brideshead…, which made everyone think I was an uptight English gentleman; then there was Claus von Bulow (in Reversal of Fortune), which made people think I was enigmatic and dark.”

Born on the Isle of Wight in 1948, Irons was educated at Sherbourne (a private school) and subsequently at the Bristol Old Vic Theatre School. Upper middle class seems to be his background, yet he is surprisingly lacking in the aspirational airs and graces and entrepreneurial ambitions that underline such breeding. He says he had no desire to “spend more time with the sort of people I had been educated with”, and that what he really wanted to be at the age of 17 was not an army cadet or a burgeoning businessman, but a gypsy. After he left school, he busked his way around the UK, Italy and Spain.

“I’d hitch hike, meet different people, and earn a living from my singing, and that period of my life increased my desire to be a wanderer. I could have gone into the circus and worked with animals, or the funfair, or acting. I felt it was easier to get into theatre – I answered an advert that appeared in Stage magazine, got the job, and liked it. Then I went to theatre school and trained as an actor. I chose to be an actor because that’s what I thought you did if you went into theatre – it was very naïve of me.”

Parental approval was a bonus, says Irons. “Fortunately, I was a younger son, and my father had tried to persuade my elder brother into various forms of career, but had failed dismally. So when I asked to try acting, he said that he knew nothing about it, that it didn’t fill him full of joy, but that if I didn’t try it I’d always regret it and blame him for not encouraging me! Which was fantastic of him – he even paid my fees through drama school.”

Such encouragement proved to be a sound investment. From theatre and various television works in the late 60s and 70s, Irons honed his talents (“a particular talent,” he offers modestly) to the point where he came to the notice of casting agents looking for a different kind of actor, someone whose subtle, occasionally sorrowful voice and saturnine features suited certain roles. From his breakthrough in Brideshead Revisited onwards, Irons has done his best to steer clear of stereotypes.

“The word ‘strategy’ makes it all sound too important,” he reasons, glancing across the Grand Canal to admire yet another gloriously faded palace, “but there is a desire not to do the same thing twice. By its very nature, filming is very slow; it’s quite boring, so unless you’re having fun playing a character that’s different from something you’ve played before, then it gets slightly more tedious. I’ve always tried to step out of the footstep that is logically in front of me, and I’ve been relatively successful in that. Of course, you’re always asked to do what people have seen you do before, but that’s a danger that one tries to avoid. And I think I’ve been successful in avoiding that. How? When I’m offered a piece of work, I ask myself whether or not it’s something I’ve done before. If it is, I then ask myself do I want to do it again? Ultimately, I’m lucky enough to have the choice to say no.”

What determines the answer, admits Irons, is a mixture of gut instinct and how much you need the money. “If you’re lucky enough not to be on the breadline, then you read the script, the story, and if it’s a story you want to tell or be part of the telling of – is the character interesting, is he somebody unlike everybody else you’ve played – then fine. And it’s also who the director is – are they likely to make a good movie? Who are the co-stars? If it begins to get more positives than negatives then you do it.”

He says he had no doubts about acting as a career, but that, of course, he had doubts about whether he’d be any good or not. He recalls giving himself the age of 30 by which to succeed – if he hadn’t shown any sign of success by that age then he’d change careers. But then came roles in Brideshead Revisited and (with Meryl Streep) The French Lieutenant’s Woman. Things, he smiles, “were beginning to fly.”

The common perception of someone as well known as Irons is, to a degree, defined by what the public see him as in his films. Is he as precise and exact a person as characterised by some of his more famous film roles? “I’m quite single-minded, and I don’t want to waste my time. As for being exact – I’m not sure I’m that. I try to be when I’m talking, but I know that artistic creation – which I know is rather a grand term – is a very mystical thing. How it comes about is very strange, and perhaps best left undefined.

“In my acting I used to be very controlling; I’d always watch the daily rushes, and I’d be very watchful of lighting. Now I’m much more laid back, because I saw the results of some of the films I’d done with that controlling attitude, and I thought they might have been better if I’d left them alone and had fun, which I do more now.”

Jeremy Irons having fun? Oh, dear, another common perception shattered. “Being a devotee of privacy I don’t mind if my public perception is different to my private self – in fact, I don’t mind that at all. The natural set of my face is serious, and also I use that to keep people at bay. One of the problems with the whole celebrity thing is that everyone feels they know you – that can be lovely, but there are times when you just want to be on your own. This is one of the reasons I love living in West Cork – people there leave you alone. But I use that perception of sternness to keep people away – I’m aware of it, and I use it for my own needs. I think anyone who knows me well, however, would probably know a different side.”

He has never planned for his future, he says, which ties in with his early gypsy/busking lifestyle and his career predilection for not wanting to be pigeonholed. Ditto he had never planned to live in Ireland. The nature of his life is that he never knows what is around the corner. “I live it like that and I love living it like that, too. But why am I living in Ireland? Some years ago, we were visiting friends in Kerry, and came down through Cork to visit a couple of other friends. When I got to the banks of the island river, and was lunching with a friend who had moved there, I thought I had arrived home. And that afternoon I started looking for somewhere to live, saw a place I liked, and eventually bought it.”

He loves the relatively small landscape of West Cork, he says; the way, as he puts it, “the water and the land knit together.” There is not the burning work ethic you get in New York, London, or even Dublin these days, he adds. “For me, it’s a wonderful contrast to my professional life, which can occasionally be quite frenetic.”

The curse of the successful and the financially sound is that work can often override the call of home and hearth. While Irons says he regrets this, there can be little doubt that, overall (and yes, there have been a few movie duds along the way), his family’s loss is our gain. What becomes obvious throughout his career and life is that he has always had a sense of his own direction.

“I think I’ve been blessed with good hunches about direction, yes. As a young man, I used to look at other people’s careers and try to figure out where they went wrong. Ultimately, I think I’ve been terribly lucky on a modest talent – I’ve had a fantastic career; it’s given me an enormous amount, both financially and with the people I’ve met. Film people and theatre people are some of the best in the world, and being a storyteller is a wonderful way to live.”

Another perception – is he something of an intellectual? Another gondola passes by. A couple smooch under Jeremy Irons’ watchful gaze. “I’m a bit of a thinker, but not hugely intellectual,” he replies. “Sinead is far more intellectual than I am. I tend to be very instinctive.” The Venice sun is now downright wintry, and Irons’ officious PA diligently nudges his boss – there is filming to be engaged with, lines to be rehearsed, make-up to be applied.

“I hope I’m aware of how I am,” he concludes, “but I don’t spend a lot of time internalising. I’m a crossword addict – I’m more interested in following clues.”