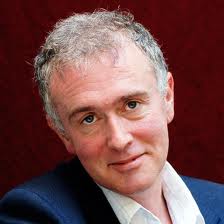 “I love writing, and I have since I was a teenager. I’m very lucky that I enjoy it,” says Joe O’Connor. You can tell he enjoys it, too. What makes O’Connor different from some other writers, however, is not so much the profligate nature of his output, but the fact that his quality control levels have remained reasonably high throughout. Which proves, in a wholly unscientific manner, that if you are lucky enough to have a job you love then that feeling or sense comes out in the resulting work. Speaking of love…

“I feel that I enjoy writing the way people enjoy being married – there are good days and bad days. Writing is more like being married than it is falling in love. If you are committed to writing there are moments when it is the most frustrating and agonising thing, particularly when you’re writing a novel. And then there are days when writing is a joy; it settles something in me and it makes me feel peaceful.”

If O’Connor has a day that he doesn’t write or even think about what he might write then he feels a little bit on edge, he admits. “There’s probably some kind of deficiency in me, but I just like solving the problems of writing any piece, whether it’s a book review or part of a novel. It has to be structured, clear, the prose has to have some music if at all possible. Maybe it’s a childhood thing, but I haven’t delved into it because I don’t really want to know; it’s just something I like. I know for a fact that if it weren’t my profession I’d do it every day, anyway. A lot of the writers I know are the same, and it’s not they’re not gregarious or anything like that. Often I think the reason why there are novelists is that they’re not sure about something, and they’re using the characters of their books to figure things out. Or to have a dialogue with themselves.” 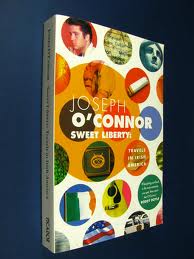 O’Connor has, almost surreptitiously, become one of Ireland’s most successful writers. He went to University College Dublin in the first half of the 1980s (presumably, he studied there, too, on occasion), but come ’85 was off wandering: six months in Nicaragua, followed by a year in Oxford (where his doctorate on the English poet Stephen Spender was abandoned in favour of writing short stories and fiction pieces), and then a year in London working for the Nicaragua Solidarity campaign. From the late 80s onwards, he has been a full time writer, much liked (and commissioned) by newspapers and magazines for his never pretentious insights and grounded opinions, his winning way with a wisecrack, and, specifically, his lightness of touch on a range of topics.

In person, too, O’Connor is a winner. Engaging, balancing slight self-deprecation with an air of unforced intelligence, he’s an eloquent Everyman, surely, for New Yorker, Esquire, Elle and Atlantic magazine readers. He views the non-fiction selections in one of his most recent books, The Irish Male – His Greatest Hits as “a chronicle of the times – if you wanted to take it seriously. Not that I think it all deserves to be taken seriously…” Some of the pieces were written almost 20 years ago, but he says he doesn’t think (that is, he knows all too well) he’s the same person now.

“I know it’s me that has written them,” he laughs, “but I found the character of the narrator of the early material a bit annoying – I wouldn’t like to be trapped in a lift with my 25-year-old self. There’s a lot of wisecracking, a lot of jokes. And it’s not that I’m ashamed of any of them, but there is, I suppose, a lack of confidence about some work that too many jokes sometimes signifies. A younger writer might not have confidence in the writing, so the jokes are there to almost reward the reader at the end of every paragraph, as if to say, ‘please stay with me for another paragraph and another joke’. So I think some of the material is funny, but some are funnier than others.” When gently nudged, he admits to liking the slightly more serious pieces, such as the eloquent Banana Republic: Recollections of a Suburban Irish Childhood (salvation from domestic upheaval and teenage despair via the music of The Boomtown Rats) and the poignant A Broken Hallelujah (detailing an emigrant’s return, with a new baby in tow). “Well, I smuggled them in to show people who bought the book for a laugh – which is absolutely fine by me – that there is a serious side to it, a relief from the interminable attempts at trying to make the reader chuckle. If you bring a little tear to their eye, then that’s fine, too.”

O’Connor would, perhaps, be the first to admit that he’s a lucky person. Combine luck with skill and you have a ready-made life/career laid out ahead of you. A case in point: prior to the publication some years ago of his ambitious Star Of The Sea, it would be fair to say that his career as a novelist, at very least, was nicely ticking over. At the time of and after publication, sales of Star Of The Sea were similar to most other books from reasonably well-known authors: modest. Cue, then, a recommendation of the book on the (then) daytime UK television show, Richard and Judy – by none other than O’Connor’s teenage saviour, Bob Geldof (who, we should stress, had never previously met or spoken to O’Connor). The morning after the show, sales of the book propelled it into the international bestseller lists. Result? O’Connor’s career was transformed, virtually overnight, from ticking over to running on all cylinders. The book has sold over one million copies and has been translated into 36 languages. “If I had known as a teenager,” he remarks, “that Bob Geldof would even be aware of my existence it would have brightened the life of that 15-year-old spotty, awkward child.”

More importantly, though, for the grown-up, somewhat less awkward O’Connor, the subsequent success of the book “blew out a candle of worry that had been in my head since I started writing – the little voice in every writer’s head that says maybe you’re no good, maybe you’ve got away with it, maybe you’re a fraud. But Star Of The Sea being such a success settled those things in me. It gave me a confidence to go on and write the kind of books I wanted to write, as well as also accepting that some of them will sell better than others.”

And win awards more than others, too? Star Of The Sea won quite a few literary gongs, notably an American Library Association Award and the Prix Littéraire Européen Zepter (for Best European Novel). So far, however (unlike more than several other Irish writers) even a Booker Long List nomination has eluded him. This is especially surprising, considering the scope and depth of not just Star Of The Sea, but also its sequel, Redemption Falls. O’Connor is coolly pragmatic (albeit with the merest hint of irritation) about such an oversight.

“I’d like to be, and I was disappointed I wasn’t at least long listed for the Booker for Star Of The Sea. I know for a fact that it was better than some of the ones that made it onto the list, but maybe it’ll take literary London a while to forgive me for having had a big best seller with Star Of The Sea. There is a bit of snobbishness about the Richard and Judy thing, so I’ll probably have to serve my time out here in non-Bookerland for a few more books until they finally embrace me.” 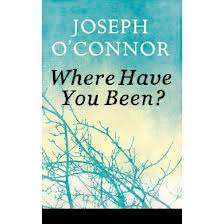 Just in case you’re thinking O’Connor is holding a bunch of sour grapes in a white-knuckle grip, here’s this: “I think I’ve written books that didn’t deserve to be listed, and I think I’ve written two that did, and that’s my honest opinion. If someone tells me that my last two novels are not among the best twelve of the Booker then I couldn’t accept that. The books were shortlisted for many other prizes in Ireland and other countries, but it just seems odd that the one country it hasn’t happened is England. I put it down to snobbery. I could be totally wrong, but that’s my opinion.”

Some other time, then? In the interim, O’Connor will be doing what he always seems to be doing – having a long, hard think about his next couple of books. “Just ideas to get them off the ground.” And with that, he’s off to his cubbyhole to write. Funny stuff, serious stuff, and most assuredly, too, the right stuff.