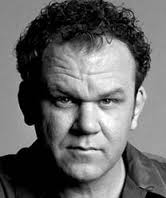 Nothing at all, John Christopher Reilly, nothing at all. It’s just that, occasionally, the part-timers aren’t very good at their hobbies. You, sir, however, happen to be quite the dab hand at fusing a certain level of the here and now with Americana, bluegrass, old-time, countrypolitan, bare-boned folk, sea shanties and the Everly Brothers. It’s because you’re part-Irish, isn’t it?

“Well, that’s definitely an influence,” says the Chicago-born actor. “I grew up listening to a lot of traditional Irish music, for one thing; that’s what my dad was really into, and then my mom, whose heritage is Lithuanian, was into listening to older music – the kind you could hear on those old piano rolls. As I got older I taught myself to play the guitar, became interested in bluegrass and American roots music. And of course, as many people know, the deeper you go into that the sooner you end up back in Ireland. That’s full circle and quite unavoidable, but that’s just the way it is.”

Music is something Reilly has always loved; he grew up listening to musicals, performing in them, going to them, and then as his film career took off he was asked more and more to engage with music in a public way. As naïve Amos, husband to floozie Roxie in Rob Marshall’s 2002 movie version of the musical Chicago, Reilly performed one song (‘Mister Cellophane’), but it wasn’t until Robert Altman’s 2006 Prairie Home Companion, the director’s final work, that Reilly fulsomely sang on camera (as Lefty, the Singing Cowboy). And then came Jake Kasdan/Judd Apatow’s 2007’s music biopic parody, Walk Hard: the Dewey Cox Story, which featured Reilly singing all of the soundtrack songs; Reilly also toured as Cox in the lead-up to the movie’s release in the US. “One day I woke up,” he says, “and thought it seemed a shame to stop playing music just because any given movie was over.”

This is, pretty much, where we came in, but it’s important to Reilly that people understand he’s doing music not so much as a stop-gap between movie roles but as a creative necessity. “It’s all storytelling, isn’t it?,” he posits. “All my favorite songs have beginnings, middles and conclusions, and that’s true with the movies and theatre work I do. If you’re doing a play or a movie with a very dramatic scene, in order to get to the heart of the audience you first gotta go through their brain. If there’s something in common with what you do and what the audience feel, then you’ve hit it, and the result is moving in an emotional way. With music, it’s more of a direct line into people’s hearts; I’ve heard a lot of songs over the years that I don’t understand what a lot of the words mean, but I’ll hear the melody and it gets me each and every time. It stays with me.”

A city with dozens of theatres, Chicago is rightly famous for its nurturing of actors through the decades, but there’s a notable commercial difference between ‘working’ and ‘successful’. After high school and a sequence of amateur plays and musicals, Reilly first studied at the city’s Goodman School of Drama and then the renowned Steppenwolf Theatre Company. He might be far better known these days as one of the most dependable and distinctive looking of movie actors (his film roles include The Good Girl, Gangs of New York, The Hours, Magnolia, Step Brothers, Cyrus, We Need To Talk About Kevin; all feature his beefy countenance) but a deep love remains for the stomach-churning charge of theatre.

“One of the reasons I became an actor,” he reveals, “is because I have trouble defining what the intrinsic characteristics of my personality are. My approach I take with things – acting, music – is simplicity and honesty. If people find me simple and honest then that will make me happy. That’s the approach I take – I certainly don’t like to over complicate things.”

Whatever work he undertakes, he says, is down to his South Chicago working-class background, and of the fundamental need to be employed. Stage, song, drama, comedy, musical, lead, support or cameo, traditional media or online (he appears regularly with friend Will Ferrell in sketches for comedy website, Funny or Die), it matters not once the cheque is in the post.

“Yes, I’m serious! Coming from the background I’m from it makes you hyper aware of how fickle the business of Hollywood and the entertainment industry in general can be. The closest anyone in my family ever got to the stage before me was one of my grandfathers, who was a bouncer at a burlesque show – he used to stand in front of the stage at a Chicago theatre, making sure the guys in the audience wouldn’t storm it.”

He’s a self-made son of an Irish man living the dream in Hollywood, then? “Too true,” he replies with a chuckle. “It’s an extremely unlikely turn of events that I’m here, doing what I do. It’s never lost on me how lucky I am.”

(This interview was first published in The Irish Times, February 2013.)