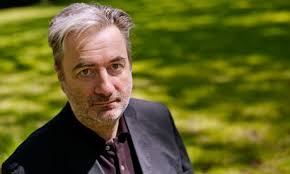 With a new book, The North (and Almost Everything in It), Morley is all about identity these days, and how perceptions can erroneously staple you onto a notice board and leave you on it for far too long. “It’s interesting how you’re somehow fixed as something in particular in the public eye. I recall quitting writing about rock and pop in or around 1983, and it was only after a few years I began to notice that whatever I did in my life I’d still be referred to as a pop journalist.”

Of all the music writers that have graduated from the 1970s/80s school of NME, it is Morley (“the Brian Eno of the sentence,” reckons Time Out) who has upped the ante more frequently than anyone else. What exactly is he? A writer walking along non-linear, unconventional routes? A culture-vulture pundit expounding on topics as diverse as boredom, classical music, Kylie Minogue and the Rolling Stones? Or just someone who uses the word “interesting” a lot?

Morley’s irresistible, fragmentary new book has taken him over 50 years to process, he affirms. Part memoir, part one-man’s social history, part idiosyncratic rumination and cultural focus, The North (and Almost Everything in It) is a personal odyssey with peculiar twists and turns. “For a long time I was oblivious to notions of identity,” he says, “in the way that you’re oblivious to a lot of things that people pay obedience to – you know, the standardized ways of thinking about who you are and what you are. I suppose I spent a large amount of my early life, and into my 20s, racing away from those fixed positions, and trying to invent something for myself.

Morley admits that he had also been racing away from the suicide of his father (which he wrote about in 2000’s Nothing), and coming to terms, eventually, with someone who was consciously trying to break through not only figurative borders in order to alter who he was. “I felt I had to work to change the perceptions that many people had of me.” And so began, he relates, the construction of memory fragments, which turned into the core narrative of the book. “And imbedded within that was what I hope is the classic northern memoir – rooted in a kind of truth, rather than a definitive view of what it was like – that people will see as emotive, and written by someone who is not just a cold collator of facts.”

Is it not impossible, however, to avoid nostalgia and sentiment when writing a memoir, or a memoir-like book? Don’t audiences tend to need a sentimentalized view of the past, something that chimes directly with their own experiences, something that is soothing and consoling? “Yes, but that contradicts the very idea of making a great original piece of writing. And yet you don’t want to be so experimental that you alienate an audience so much that no one will read it. The reading of the book completes the circuit, doesn’t it?”

All creative work, we are led to believe, is about making sense of the particular life, or lives, we live. For Morley, the writing of the book has opened him up to acknowledging how crucial history – social, political – is in the context of stirring memories and shaping people. And yet the question remains: what on earth would the good citizens of Coronation Street make of his often prolix prose style? “I got that very early on at the NME! An editor would go on at me about how I should think about the guy reading the paper in a pub in Wigan. But, you know, I think there was a part of me that was very much aware of what had come out of the north, be it an Anthony Burgess or a Ted Hughes.

“The north of England has both sides: not getting ideas above your station and the audacious necessity of being better, thinking better. So, yes, in a rather glum moment in the Rover’s Return, they might actually appreciate the effort that went into writing the book. On the other hand, they might just dismiss it as being none of their business. Either way is fine and valid, and very much part of what the north is all about.”