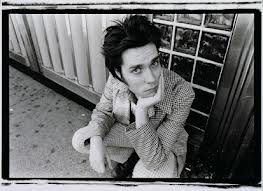 Much as we’re loathe to appeal to the baser instincts of people who like to stereotype their pop and rock stars, it behoves us to report that I am talking to Rufus Wainwright in a pink tent. The tent is so faaaaabulous, gaaaarish and incredibly piiiiiinnnnkk that even Rufus seems initially taken aback by it. Outside the tent is… well, you really don’t want to know.

Inside, however, all is relatively sunny and calm; Rufus is dressed in a suit that defines the word dapper. He is one of rock’s smartest and classiest, an openly gay man, father to a child borne to him by Lorcha Cohen (daughter of Leonard), the owner of a knowing wink and the creator of some of the most operatically inclined pop music of the past ten years. He is firm in the belief that his music must be of some purpose, that it should form the basis of change, that it should engage, inspire and influence.

“That’s the object of this silly game,” he says, relaxing into an easy chair, moving his sun glasses over his forehead, making eye contact. “You want to transcend, transform. Transfer funds, even! What happened with me is that – because my parents were both in the business and there was always a stage nearby – I immediately became aware of the fact that when I did have an audience, be it in front of a mirror, or propped up on the piano singing Somewhere Over the Rainbow, there was this immediate effect where I did, in a way, transform the audience in the room. I was conscious of that at a very young age, and the power of that.

“Humans find where their power is and go with it. I was lucky because I was young. It’s a long road, because you really do have to come to terms with whatever power you have over many years. It’s totally sensible and forgivable in your early 20s to tell the world to fuck off and be a rock star and abuse your surroundings, revel in the excess of it all. But there is a time limit to that, and then you have to realise that there is a distinction between life and art. They may mirror each other, but they are two separate entities, and no matter how many songs you write or how many records you sell it’s not going to fix any of your personal problems. So you have to separate those two, and wait to see what happens.”

Wainwright has been through this waiting period and come out the other side relatively intact. There was a time in the early Noughties when it looked as if he wouldn’t. These were the days of nights spent imbibing illegal substances (everything from hash and coke to magic mushrooms, acid, ecstasy and crystal meth) and indulging in sexual fantasies. Raped as a young teenager in London’s Hyde Park undoubtedly left scars, which may have accounted for the singer’s wild and reckless lifestyle. He has been clean and sober for a quite few years (“my behaviour started to disgust me”) and now regards his imaginary glass as being half full of life’s little joys.

“I definitely enjoy moroseness and revel in sad, romantic sensibilities,” he admits, “but that said I do think there is always a silver lining in my work and attitude. It’s always about hope, I think. Most of my songs exhibit that.”

The silver lining, he adds half-joking, is not just his creativity but also his destiny. “I’m a bit of a hippie, or something,” he laughs. “I think that music and art are somewhat prophetic – even books you read or movies you see have something to do with your future. There does seem to be a kind of survival mechanism I have at the moment that keeps me going. The reason I say that is that of my generation there were artists – Elliott Smith, Jeff Buckley, Kurt Cobain – where in retrospect you listen to their music and hear/feel an intense darkness, which they were enveloped in. I don’t think I have that – the darkness, that is – as much as them. So I go with that theory, just to stay bright.

“It’s something in the past that I was quite jealous of – oh, why can’t I be more kind of self-destructive, or damned? But now I thank my lucky stars I wasn’t; I went in for a bit of it, but there is so much more than falling into the abyss. I do think it’s the fault of rock’n’roll – artistically, there are so many stages that a human being can experience, with the imagination and creation, if you put yourself into it. But sometimes rock’n’roll can steal that from the artist because it can become more about youth, excess and the fleeting moment. And I just didn’t and don’t want to fall for that.

“When you see it happening, it’s quite impressive in a way, but I’m for impressing people in a different way. I’m out to impress people when I’m old and fat and have a beard. Actually, the Wainwright gene can go the plump route – that jolly, huge, football way, so who knows?”

Family remains an important issue in his life. Although he started off his career under the shadow of being the son of Kate McGarrigle and Loudon Wainwright III, he has steadfastly refused to hitch his wagon onto their coat-tails. Where initially people might have wanted to talk to him about his parents, now the conversation revolves around him and his sister Martha. “I once walked out of an interview because the guy just continued to ask about my family life. I don’t mind if people touch on it, but for half an hour that’s all he wanted to talk about. So I went to the bathroom and never came back. And yet I can’t deny that the connection has served me well. I certainly got a lot of coverage when I first started, and whatever it takes to get your foot in the door is whatever it takes. Now, though, I think I’ve proved myself enough.”

Above and beyond, some might say. Not only does Wainwright have a substantial body of work to his name – albums of original, distinctive work – but he has a cute if cathartic sideline of love for Judy Garland to guide him through the dark nights of the soul. In 2006, he staged a facsimile of Garland’s 1961 valedictory album, Live at Carnegie Hall, at the New York venue and at London’s Palladium (which also hosted Garland in her heyday). The reasoning behind such a show was threefold: one, he regards the songs (a number of which were written in the Depression era and around the first and second World wars) as sacred texts; two, it gives him the excuse to don stockings, high heels and a dinner jacket; and three, he defines his love of the songs as an appeasement to his voice.

“In this whole story of my career I’ve always felt my voice was maligned by certain critics and fans, who come up with lines such as ‘the nasal quality’ or the ‘acquired taste’. So the Garland shows came about, among other things, to put these people at ease. I consider the creative aspects of myself as a three-pronged fork: the singer, the songwriter and the composer/arranger. So I had to appease those elements and bring them together on one project.”

Opera is another abiding passion – he has said that to sit through a Wagner opera is one of the greatest experiences humanity has to offer. He has actually written one (Prima Donna – a Day in the Life of an Opera Singer), and views the artform as both a religion and a haven from life in general.

“Opera has served me well – going to it, writing it, thinking about it. I think it’s because of the way in which the medium has chosen me. I never intended to be an opera fanatic; it wasn’t something I tried to do, it just happened one night. One day I hated it, the next it was all I could listen to. It’s a like a calling, a vocation, and whether it’s drama or just meditation or intensity I don’t know, but it’s got it all. It’s all in there.”

(This first appeared in The Irish Times/Ticket, July 2007.)