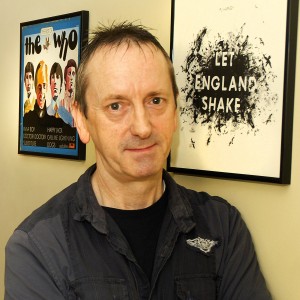 Tony Clayton-Lea: caught between PJ Harvey and The Who. Photo by Andy Spearman (www.andyspearman.net)

I am an Irish-based freelance journalist/writer/editor who writes mostly on music, pop culture, film and travel for a variety of print and online outlets. Of the former, I write mostly for The Irish Times, specifically for its Arts pages and its weekly music/movies/culture magazine, The Ticket. I also contribute frequently to the arts/book pages of the Irish Independent and the Sunday Business Post Magazine.

My travel writing is published in a number of print and online publications, including Cara (the award-winning Aer Lingus in-flight magazine, of which I have twice been editor), the Sunday Business Post Magazine, and The Taste.ie, Ireland's leading food/travel website.

In tandem with the above, I have proven, rigorous editorial skills in the revision and refurbishment of website content, content strategy, Twitter 'sitter' services, and copywriting - creative or otherwise. I also regularly write press releases/biogs for music acts (some of which you know very well). I have been commissioned by various award-winning Irish hotels/restaurants to 'design' music for their public areas.

I am also co-curator of the regular (and much-praised) arts-oriented 'salon' event, Culture Vultures, which 'appears' at numerous venues in Dublin, as well as at various Irish music and arts festivals (including Indiependence Music & Arts Festival, Groove Festival, Dublin Bowie Festival, Ballincollig Winter Music Festival, and Vantastival). From 2010-2018, I was Chairman of the Judging Panel of the Choice Music Prize, Ireland's most prestigious music awards event.

If you'd like to discuss any project/work you think would suit my experience and skills, then don't hesitate to email me (tclaytonlea@gmail.com). You know the cliche about how if you want something done efficiently and done well, then it's best to contact someone who's very busy? That cliche is true, so get in touch...

In the meantime, many thanks for reading down to here!