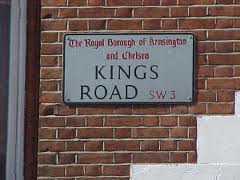 It hardly seems like almost 30 years ago when your friend and mine, a certain skinny punk rocker by the false name of Elvis Costello, issued forth a spittle-flecked diatribe on the shallowness of the fame and fashion industry in a song called (I Don’t Want To Go To) Chelsea. We’ve no idea why Costello framed the song title in the way that he did (er, why the brackets?), but we got the drift from the lyrics. Last year’s model types Natasha and Elsie, leering wide boys called Alfie, a posh place where there is no requirement for “the mini-skirt waddle.”

It’s changed, of course, from the days of the late 1970s when King’s Road became a byword for punk rock climate changes courtesy of Vivienne Westwood’s Sex fashion shop. And it’s even further removed from the 1960s, when Carnaby Street and Chelsea vied for supremacy in the aforementioned mini-skirt waddle stakes, and when pop stars du jour infiltrated the area with great music, ridiculous clothes and even sillier haircuts. These days, the areas of Chelsea (which commercially at least includes the High Street conglomeration of Knightsbridge) are at a more discreet level. Parties still go on, but they seem to be quieter. Shopping remains a staple of the seven-day week, but there’s less of a financial splurge. 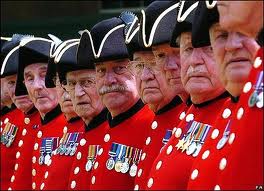 Chelsea is, and always has been, something of a leafy corner of London; its recent history has contributed at least one major picture postcard iconographic image to the world – the Chelsea Pensioner, an elderly gent, greying in all the right places, and looking ever so smart in his bright-buttoned red-hued Victorian uniform. Looking almost as quaint as a 1970s-vintage punk rocker, the Chelsea Pensioners (veteran soldiers of the British army) still inhabit their nearby retirement home on the banks of the Thames. You can see them stroll around the area, be it on King’s Road itself (where they are often stopped for a tourist photo opportunity), or else in the quieter and leafier confines of Flood Street and Cheyne Walk/Mews.

Historically, there is a strong military connection with Chelsea. At the Sloane Square end of King’s Road, there is what is known as the Duke of York’s Headquarters; these handsome classical buildings were once the London domicile of the ‘Territorials’ – the British army’s volunteer part-time soldiers. It was here in 1941 that the SAS was founded, but there is little evidence of furtive, guerrilla-type sorties around now. For some years the buildings and barracks were sealed off from public view, but commercial gentrification (if that’s the right term for it) has recently taken place and now the former dwellings of former soldiers are chic shops, cafés and bars.

Speaking of which, the main commercial hearts of Chelsea – Brompton Road, Fulham Road/Broadway, Sloane Square/Street, King’s Road – are full of the joys of entrepreneurial endeavour. As shopping sections of London go, this is easily one of the best. Away from the chaos of Oxford Street and the financial hari-kiri of Knightsbridge (your flexible friend – RIP), there is local character here. Yes, there are stores from the likes of Chanel, Joseph, Alberta Ferretti, Dolce & Gabbana, Fendi, Harvey Nicols, Hermés, Jimmy Choo, Jo Malone, Manolo Blahnik and Shanghai Tang, but if you pass these ones by (and we’d be failing in our duty if we didn’t advise you to – unless, of course, you want to be in hock for the next year or two) you’ll come across many independent shops that breathe individuality. It’s certainly worth a visit to the Duke of York Square, which houses a revealing blend of chain stores and one-off ventures.

For some, however, shopping in Chelsea is a trifling concern, a mere starter to the main course of a visit to Chelsea FC. Even if you’re not a footie fan you can’t help but be impressed by the stadium. We went on a guided behind-the-scenes tour that made one Chelsea fan in our group admit to feeling similar to Charlie being let loose in Willy Wonka’s chocolate factory: awe, amazement and gob-stopper flabbergasted.

If football doesn’t grab you, then there’s always the option of a walking tour of the area. Enter the highly informative and slightly eccentric Blue Badge guides, which to a person look as if they’ve come from central casting for professors in the Harry Potter movies or stand-ins for Dr Who. For a couple of hours, our guide sashayed through parts of Chelsea, pointing out in his measured, plummy voice the former homes of Thomas More, George Elliot and William Turner, and the former residential haunts of Rolling Stones’ Brian Jones and Sex Pistols’ Johnny Rotten. It’s a very casual and pleasant way in which to waste a potentially dull period of time between late breakfast in your hotel and an afternoon pint/Ploughman’s lunch in an English pub (our choice, in Upper Belgrave Mews, is The Star, a sturdy Victorian survivor of the Blitz and redevelopment). 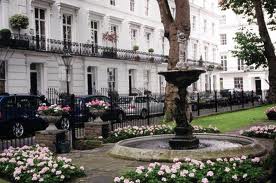 The evenings, of course, are something else altogether. When the posh shops close, the area gradually transforms from a commercial heart into a self-contained locality with no small amount of atmosphere. It might be something to do with the area’s autumnal surroundings, its discreet public gardens, its well appointed squares (some for the use of local residents only) and its abundance of casual wealth, but there’s a softness to Chelsea that makes it very easy to like. Its mixture of history, green-fingered aesthetics (check out the Chelsea Physic Garden, a plant nursery founded by a 17th century society of pharmacists) and rather raffish cultural aspirations mark it out as a lovely area of a great city.

Where To Stay Jumeirah Carlton Tower Hotel, Cadogan Place. If you fancy being surrounded by blinding glints of luxury and the occasional dazzle of a pop/rock/movie star, then this is the place.

The Cadogan Hotel, 75 Sloane Street. Classy townhouse hotel, once the residence of Lillie Langtry and host to Oscar Wilde, who was arrested in Suite 118 in 1895. 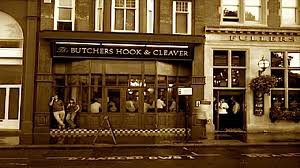 Where To Eat: If you’re anywhere close to Chelsea football grounds (and if you’re a football fan, then you should be) before or after a match, there are two ideal spots to rest the weary bones and the shopping bags. The Butcher’s Hook, 477 Fulham Road, might look like a back to basics eatery, but its utilitarian approach is balanced by an excellent British-food menu. Dinner provides loads of options, but tucked away at 3-6 Fulham Broadway is Thai restaurant Blue Elephant, a veritable Tardis of a place in that just when you think there are no more tables, around the next corner is another gathering of hungry diners. The food, by the way, is the best Thai I’ve ever eaten, while the atmosphere is a mixture of jungle chic and Asian gentility. 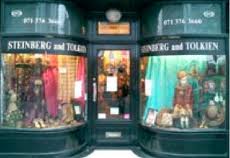 Best Quirky Shop: Yes, you’ve got your Sloane Street cachet stores and Knightsbridge legends (so legendary and expensive, in fact, that some high grade shoppers leave their bodyguards outside to mind the limo), your high street favourites and your megastores, but the best shop I walked into was Steinberg & Tolkien, 193 King’s Road; it’s a veritable treasure chest of vintage and designer clothing and period costume jewellery, all vastly reduced from their original very pricey price tags. Open Tuesday-Saturday 11am-6.30pm; Sunday noon-6pm; closed Monday. And don’t forget to venture into at least one of King’s Road many charity shops – there are bargains galore for the keen-eyed shopper on a budget.