Notes To Self: 35 Years Of Gigs
Home

Notes To Self: 35 Years Of Gigs 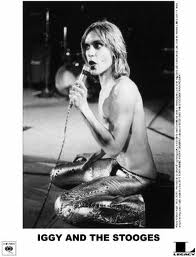 35 years? No, don’t be ridiculous! It couldn’t be.  It simply couldn’t. Er, actually, hold on a cotton-pickin’ minute, I do believe it is 35 years to the season that I first saw not only my first life-changing gig, but the event that kickstarted a cultural revolution in my head. It was Iggy Pop, in London, at a venue that was then called the Rainbow Theatre but which is now a building belonging to the Brazilian Pentacostalist Universal Church of the Kingdom of God. Not to worry – a religious experience is a religious experience whatever the venue.

Back then, I had short hair, wore straight-legged jeans and Doc Marten boots. NME was my weekly bible of cultural reference points – anything that Charles Shaar Murray, Nick Kent, Tony Parsons or Julie Burchill recommended to read/see/hear I’d do just that. London is a mind-expanding city at any time, of course, but in 1977/78? Well, wasn’t that was a time and a place for a young lad to live in, his head spinning from the amount of music to experience and the sights to see.

Punk rock hadn’t yet leveled out to become a caricature of itself; there were no ostrich-coiffured punks strolling along King’s Road or Camden High Street tapping tourists for money. The music was the thing, and from my experience, at least, it was as close to the real deal anyone from a provincial Irish town could imagine. Seeing Iggy Pop headline in a major London venue at around the time when punk rock was at its most influential seemed just that little bit more exciting. And besides, what wasn’t to love about milling into the tube station at Finsbury Park with several hundred Stooges fans singing Your Pretty Face is Going to Hell?

Fact is, I recall that gig as if it were last night: from the early 70s, Iggy Pop had been given a new lease of life via his friendship with David Bowie, and Pop’s proto-punk band The Stooges had attained an enviable high regard from London’s leading punk rock acts. But it was as much Iggy as the music that the audience was into: I’ve never seen anyone before or since utilise their body as if it were pliable work of art. Bowie’s lyric from the ...Ziggy Stardust... album track, Hang On To Yourself, about moving “like tigers on Vaseline” could have been written about Pop, for he slithered around, prowled, on that stage, barracking and beckoning the crowd to do things that, collectively, an audience really shouldn’t. There is something incredibly compelling about a performer that seems to care little about their physical well being; it’s a car-crash scenario that sucks you in, and when the performer is as fearless as Pop an element of genuine danger gets dragged kicking and screaming into a heady mix that includes potent rock music, stimulants of varying kinds and the sense that all of the audience are misfits or miscreants just like you.

I remember leaving the venue and walking towards the tube station, jostling my way past other fans, and thinking not only how invincible was my belief in the power of brilliant music, but also how invulnerable that belief made me feel. 35 years later I still feel the same (performing pop clowns notwithstanding), but I have often asked myself why is that the case? What is it about the live music experience that continues to scratch at what is clearly a severe itch? 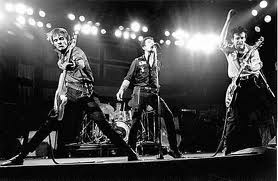 Some might think that a person of my age (I’m over 50 and barely give it a moment’s thought, believe me) would be more suited to worrying about the watering of his indoor tomato plants than the scheduling on his wall chart as to whether he’ll go to Norwegian punks Honningbarna or Sea Sessions one night, or Plan B or Body & Soul the next. Frankly, I’m unsure why music can make a body seem as if it can withstand torture (no doubt neurological scientists and academics would know), but there is one thing I am absolutely certain of: try telling that to the vast majority of people my age or younger, and they’ll look at you as if you have two heads.

It’s as if once you reach a particular age, then certain pursuits you once held on to for dear life should automatically fade into the distance. And so when I’m asked about what I did at the weekend or last week I inhibit myself from expressing my true feelings. “I went to see a band,” I say. “Oh, which one?” they query. “Well, you might not have heard of them – they’re called [for example] Spook of the 13th Lock”.

You can immediately see their interest diminish as the lack of recognition registers. “Where they any good?”, they ask. Here is when I hold back, replying with a brief, “Yea, they weren’t too bad…”, when what I really want to say is something along the lines of how the band fuse post.rock, prog rock and psych rock with traditional folk idioms, occasionally enveloping songs with shrieks of feedback and Krautrock wig-outs. But I don’t. Instead I ask, “How’s the family?”

It’s a curse, unfortunately, that many people of a certain age/era think live music is the preserve of those so much younger; the amount of times I have heard people younger than me saying they’re too old for rock and pop music is something that causes me concern. Don’t they know what they’re missing? Clearly, the cut and thrust of a live gig experience that isn’t sitting down on chairs on a crisp lawn to watch Leonard Cohen (great though the man is) is something they should experience but don’t for fear of being discomforted. But, one supposes, in the same way that ardent gig goers to open-air festivals gradually transfer their bones from sleeping in tents to hotel rooms, so the live music experience mutates from one of excitement to indifference.

I don’t necessarily see it that way, and that’s not just because most gigs I go to I write about and get paid for my time and effort. No, the reason is because the live music experience – like theatre and other areas of performance art - is a vital component of contact with a sense of what’s real. In small spaces you can see it in the faces of the musicians and the audience – and there is no better sense of communion than with a crowd that, en masse, understands the music as well as the band. If the space is large, and if the band is good enough, then the size of the venue and the audience adds to the atmosphere. Whether it’s Dublin venues such as Whelan’s or Vicar Street or Croke Park, don’t dare try to deny that a collective fit isn’t a sight that makes your eyes water and your mouth smile.

Like bands, however, the gig experience differs every time. Occasionally, gigs are awful and ordinary; other gigs, however, oscillate between good, great and out-of-this-world, and touch a part of the human system and spirit that creates what can safely be described as an eargasm.

Inevitably, it’s the latter that mean the most to me, and probably the least to those who have little or no interest in live music. And here’s the rub: there are, quite likely, people reading this article who are untouched by the effect that live music can provide or provoke. I understand that open-air festivals functioning under constant showers of rain, rivulets of mud and the promise of too many people under the influence have few benefits; I appreciate that people talking loudly behind your head, standing firmly in front of you, or shoving their way past you as they spill their beer over your footwear is not good for the notion of karma. Yet the blend of voice, music and words (truth, humour and some manner of sexuality and charisma, too) can be intoxicating. I don’t necessarily yearn to be impressed, or even thrilled skinny or driven delirious every time I venture into a small venue or an open-air barn, but I won’t say no to these if they happen. 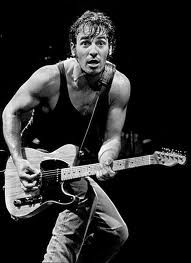 I’ll be seeing you at the next few gigs, then? Bruce Springsteen, you say? Followed by Madonna? Followed by a lower profile act you possibly haven’t heard of? Yep, I’ll probably be at those. You can’t miss me - I’ll be the compact 50-something guy with short hair, straight-legged jeans and Doc Marten boots. With memories of Iggy Pop in the back of my head and expectations of whoever’s on stage in front of my face. Oh – and would you mind not stepping on my toes? Thanks.