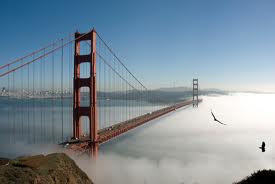 Back in 1776, when Spanish conquistadors established a mission on the West Coast of California – naming it after St Francis of Assisi – little did they know what they were founding. It took quite a while for people to discover the place, anyway – early explorers sailed up and down the length of the California coast in the 16th century but failed to notice anything interesting about it. Then the Spanish landed and – well, the rest is history.

In 1821, it became a part of Mexico, and some thirty years later was inundated with hundreds of thousands of prospectors frantically searching for gold in the hills of the Sierra Nevada. By 1869 – by which stage the United States had taken over the West Coast, which meant that California/San Francisco was very much part of America – the mission named after a monk had grown into an internationally recognised city renowned as much for its wild Barbary Coast (gambling and loose morals a specialty) as its perception of the city to visit in order to make your fortune.

The days of making your fortune might be over – although the entrepreneurial spirit is still alive and well here as in any other major city you can name – but San Francisco nonetheless remains a magnet for the curious and casual visitor alike. Perhaps the most important aspect of the city, however, is the one that many of its residents care not to talk about – the underlying threat of earthquakes. The Big Kahuna hasn’t hit San Francisco from 1906; back then, the quake, which measured 8.25 on the Richter scale, destroyed 28,000 buildings and reduced more than 6 square miles of the city to rubble. An earthquake in the late 1980s notwithstanding, it’s been fairly quiet since then; occasionally, a rumble or a shudder might occur, but it seems that over the decades the spirit of the residents is such that a trifling matter of an earthquake isn’t going to deter them from going about their daily routines. Indeed, when I visited there last month, a minor quake (4.3 or thereabouts on the Richter scale) took place; everyone seemed to shrug it off as they would a piece of fluff on a dinner jacket. 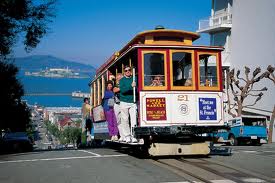 Visitors might have a different view of such indifference to impending doom, however, but you’d never think it judging by the amount of people roaming around the city. With a slight nip in the air, the city centre was buzzing. Certainly, if it’s shopping you’re after, San Fran has the stores, the shops, the designer this and boutique that. Shopping for days on end, however, can get in the way of actively liking a destination you’ve travelled half a day (with added time difference) to see and experience to its fullest extent.

The great thing about San Fran is that, like New York, the cityscape is grid-based and has a neighbourhood feel. This makes it come across as an American city with a European sensibility. For starters, it’s a mere seven miles by seven miles, has about three-quarters of a million inhabitants (despite it being the second most densely populated city in America; New York takes first place) and is so easily walked from bay to breakers that it comes as no surprise to discover that getting a taxi is a no-fuss procedure. 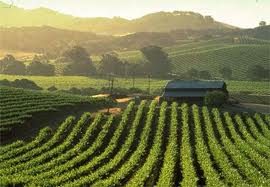 If you have more than four days, it would make sense to hire a car and head out to the sheltered valleys of the coastal ranges where the vineyards of the Napa Wine Country lay waiting to be experienced. Here is the heart and soul of the California wine industry (“the wine is bottled poetry” says the entrance sign to the valley), a sight of rural beauty that is a joy to behold.

If you’re stuck for time and need to cover ground quickly in a relatively short space of time, then your best bet is to get yourself a city map, put on a good pair of walking shoes and negotiate as many neighbourhood areas as you can. My favourites include Pacific Heights (a des-res area that clings to a hillside rising 300ft above the city), Fisherman’s Wharf/North Beach (the former a touristy if charming bayside leisure area from where you can see the island of Alcatraz; the latter a lively café-filled quarter that has long appealed to the city’s bohemian types) and Haight-Asbury. Formerly the epicentre of the hippy mindset, this area is full of day-glo graffiti and very interesting left-of-centre shops. It’s a tad seedy, yet it exudes a casual urban charm all of its own, as well as a strong sense of the unconventional. In many ways, it typifies what San Francisco is all about – a haven for the enquiring and liberal mind, and sure if the architecture looks a little bit run down then what of it? Aren’t the people only great? And isn’t the city only one of the most individual in the world?