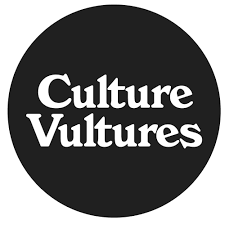 Culture Vultures? It’s an as-and-when-required ‘salon’-themed pop culture event, curated/hosted/presented by me. It consists, essentially, of words and music.

Culture Vultures at festivals is a different, snappier affair than it usually is in a venue with four walls and a roof: it’s more jam-packed because we take into account that the more people we have on the line-up the better it is to grab festival-goers’ roaming attention spans. The other benefit of Culture Vultures at festivals is that it provides (across a running time of somewhere between 60-70 minutes) something a little bit different for the curious festival goer to experience. If you think Culture Vultures would be something you’d like to see at your festival or venue – or if your business or company wishes to stage a more bespoke-style event with a broader remit or brief – please get in touch (tclaytonlea@gmail.com).

Next up: Culture Vultures is due to make an appearance at Quiet Lights Festival, Cork, in November 2022. For regular updates, follow on Twitter: @CVultures_ and @TonyClaytonLea