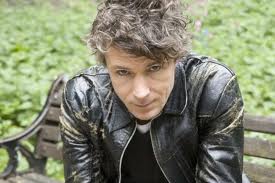 Let’s hear it for theatre companies, however small; if it were not for these often under-funded bodies, how else would the many actors we have come to know (yet not always love) come up through the ranks? In the case of Irish actor, Aidan Gillen, it is debatable what direction his life might have taken had he not lived close to a youth theatre company. In the early 1980s, Dublin Youth Theatre (located in Gardiner Street, which was a few minutes walk from Gillen’s home in Drumcondra) was a home from home to quite a few ambitious teenagers – and, possibly, kids just wanting to while away a few hours.

“I didn’t go out of my way to find the place,” recalls Gillen. “I literally walked past it, but a mate of mine walked in and I followed him. I started acting when I was 13, and doing it for living from when I was 17. I spent a lot of my time at the Gardiner Street place. Just after I left school, I was cast in A Midsummer Night’s Dream at the Project Theatre; it got good reviews. I brought the press cuttings to Equity, and managed to get Niall Tobin’s signature on my proposal form.”

And so began Gillen’s career. He’s an intriguing guy, is Gillen, and an extremely interesting actor. He’s the former because he doesn’t fit the bill of your usual ambitious, young(ish), bullish and careerist person; there’s a thoughtfulness about him and an acute lack of vanity that in others might come across as obviously fraudulent. He’s an astute, diverting actor because throughout his moderately commercially successful (but often justifiably garlanded) career he has chosen roles that don’t do him any favours in the real world. Acting is what he does for a living, yes, but it’s probably the wrong word to describe exactly what he does.

“I’ve never done anything else,” he says. “Music? I messed around superficially in bands, and I would have liked it. I lived close to the music venue, SFX, which is in Sherrard Street, and I was going to gigs there from the age of 12 – U2, REM, many more. It’s still my favourite street in Dublin, Sherrard Street, I still get a thrill when I walk on it.”

Blink-and-you-miss-them parts in Irish-based movies such as The Lonely Passion of Judith Hearne and The Courier were followed by more substantial work, primarily on stage. “They’re streets apart,” he says of the differences between film and theatre. “There is a certain thrill you get from acting in theatre, in front to people, when you just don’t know what’s going to happen.”

When he wasn’t working on stage, he was getting to grips with the acting lark by studying his peers – at around this time in his teens he watched movies virtually non-stop. “That’d be the period of time for about 18 months after leaving school when I didn’t have anything else to do, and video recorders were new – or at least in my house, they were. It was both a way to pass the time – and no better way, either – and also to study, in a way, how the acting worked.”

Gillen watched films of all genres, everything from arthouse to zombie. Some that really clicked for him (“probably because of the really good performances in them”) – were the likes of The Falcon and the Snowman, Bad Boys, The Deer Hunter, and Heaven’s Gate. “They’re the few that stand out; a couple of Irish films such as Neil Jordan’s Angel and Pat O’Connor’s Cal. I suppose they clicked, too, because they were Irish, and really well made. The thought was that they’re doing it, so maybe I can do it as well.”

When he was 19, Gillen moved to London to perform in Billy Roche’s play A Handful Of Stars, at the Bush Theatre. It was, he says, “well received, well reviewed, well attended”, and subsequently, if slowly (“I’ve never been in a hurry”) put him into a position whereby work was there to make a living of sorts. The theatre scene was vibrant in London, he remembers, with a proper infrastructure in place. “It was a different world, and I was glad to find myself in it. I decided to stick it out there, and things kicked into a different gear.”

Slowly, he built up a body of work in theatre and in one-off television films. Involving himself with “good people”, he continued in stage productions at theatres (Hampstead, Royal Court) that showcased primarily the efforts of new playwrights. He regards 1993’s BAFTA-winning Safe, however, as the piece that truly kick-started things for him. Directed by Antonia Bird (“her style was to cast the right people – Safe wasn’t cast on readings, but by putting people in a room and seeing how they reacted to each other”), the work was, says Gillen, liberating.

Other film roles emerged – a political prisoner in 1996’s Some Mother’s Son, a somewhat unhinged character in 1998’s Mojo. “I wasn’t on the go all the time; there’d be a couple of months off, walking around, reading books. I was glad to be doing it, and I probably wouldn’t have been doing it in Dublin. It would have been nice to think I would have, but I don’t think the opportunities were there at that time.”

All this effort paid off when Gillen was cast in the multi-ward winning Queer As Folk, a controversial if short-lived television series that earned him a reputation as an actor of high calibre and no small risk. More theatre followed (Shakespeare, Chekov), and then more low budget, virtually cult films. Did he care about what kind of tasks he undertook, or did he view it all as just jobs to keep the bailiffs at bay?

“I didn’t take just anything,” he states evenly. “I was lucky in that the people who employed me tended to be quite good directors and writers. I don’t have a strong auditioning interview technique – I’ve got about 5% of my work that way, so I’m useless at that. But I ended up working for people who maybe didn’t have as much faith in that traditional casting process. Some people are very good at it, but it doesn’t work for me.”

Being discerning is the key, then. Gillen says he is selective in that everything he’s undertaken to date has been his choice. “I’m responsible for whatever the outcome is. I’ll always try to make it something good, but sometimes the choice will be made based on different criteria; sometimes making a living is a factor, or having fun in a nice place.” Gillen points to taking part in Shanghai Knights in Prague and 12 Rounds in New Orleans. “It’s not highbrow stuff,” he reasons, “but nobody forced me to do it.”

Could he afford to be choosy, particularly in the early days? “Well, I wasn’t getting paid that much anyway, and you could supplement it with the dole. Plus, the things I went after or responded to were actually good – good scripts, good people. I’ve continued with that approach. Lucky? There’s a certain amount of that, but it’s also work. Sometimes you’re in the right place at the right time, but you have worked to be in that place.” An example of this, he says, is The Wire. “I ended up being in that series because I was in New York doing a play, but I wouldn’t have been in New York doing a play if I hadn’t done everything I’d done in the previous 15 years. So, yes, the right town and the right time, but I’d worked to get there.”

And it is labour intensive, Gillen stresses. The duties? If it’s a play, he will comb through it constantly, as he tries to find clues in the narrative as to who he is supposed to be. If it’s a role that requires a physical element to it, it’s trying to find the right look, an accent. Then there is what he calls “proper concentrated work” that goes into rehearsals for weeks. “The level of difficulty depends on your own make-up,” he reveals, “and how you feel about getting up on stage in the first place. For some people it’s easier than others. I’d also say you have to be physically and mentally on it, particularly in theatre, but all round, really. And you need to be thinking about your script and reading it, or related material, all the time. If something isn’t going right you’ve got to keep on it until it is. When it’s going well it doesn’t feel like work, but sometimes it’s a slog to get there. Like a lot of other jobs, I suppose…”

How instinctive is he at selecting roles? “Do you mean can I tell straight away if it’s something I want to be involved in? I can read a script and know very quickly whether or not I’d be able to do it and whether or not I’d be good in it. If I read something and thought I’m not going to be right for this, or it wouldn’t work then I wouldn’t push it. Sometimes somebody would push you, and then you’d do it, and that would be okay if they had a good reason to push you into it. A couple of times along the way there have been things I wished I’d thought more about, but it’s only a couple of times, and that’s normal, I think.”

He didn’t have to think twice about the RTE drama Love/Hate, an acutely observant and perceptive view of Ireland’s underbelly, and as intelligent and provocative a piece of drama writing (by playwright Stuart Carolan) as you’ll see this or any other year. For Gillen, it ticked every box.

“What interested me about it is that it’s not judgmental or moralistic – it’s all there, you make up your mind yourself, and hopefully you’ll feel like there is something to make up your mind about. Overall, I found it to be a bold piece of writing, relevant, and very Dublin, very Ireland.”

And what about awards? Awards are like regrets for Gillen: he’s had a few. Yet he’s not really sure what difference it makes to his career. Like any actor worth his pillar of salt, he says it’s not why he does what he does. “I don’t want to be too blasé about it, though,” he allows, “they’re definitely not a bad thing.”

Neither, he says surprisingly, is critical disapproval. Gillen is no think-skinned thespian: “Criticism doesn’t bother me at all,” he affirms with a savvy mix of confidence and acceptance. “Besides, if a bunch of critics say something is rubbish, they’re probably right.”