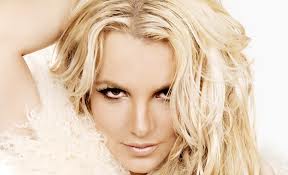 There are two beginnings to this Britney Spears experience, and they are both salutary. The first arrived from an unexpected place. One of rock music’s most famous photographers, Pennie Smith, a sincere, respectful and grounded person who has captured the images of countless famous musicians and singers over the course of the past 30 years, was asked recently what would she do if she were requested to take photos of Britney Spears. Smith replied, “I’d give her good hose down and get her back to basics.” The second beginning came from a cynic, someone whom I had told about my weekend trip to Rome at the end of September to talk to Britney Spears, one of the foremost famous pop star princesses on Planet Earth. “Wow,” he exclaimed. Pause. “What was Rome like?”

Britney is sitting at a table in an anteroom at the luxurious Hotel Hassler Villa Medici, close to the Piazza Trinita dei Monti. Britney has been in Rome for a couple of days, but hasn’t had time for shopping, poor thing. She’s been doing interviews from the moment she arrived; this is day three, where she meets publications from the magazine and quality broadsheet sectors for round-table chats. There are no tabloids represented – apparently she doesn’t like her life, her personality and character salaciously splashed all over the dodgy red tops. She dislikes tatty speculation about her sexuality, too, which is, presumably, why she engages in such low profile events as faux-lesbian saliva swapping with Madonna and Christina Aguilera in front of millions of young MTV viewers. She frowns on questions about her influence on pre-and post-pubescent girls and wonders how wearing jeans reaching just above the bikini-wax line could ever be considered a serious subject. A journalist from Switzerland dares to ask, ala Dixie Chicks, does she have any opinions on George Bush. Britney’s face drains of blusher, her lip-gloss loses its shine, her eyes glaze over. For just a moment, she’s Faye Dunaway as Joan Crawford in Mommie Dearest. We await a beating with a coat hanger, but instead Britney freezes him with a Gorgon stare. The embarrassed journalist is told in no uncertain terms by nearby record company and management minders that there are to be no political questions asked. Oh, and while you’re asking, Justin Timberlake is off the agenda, too. (Cue discreet scratching off of questions…)

Myself and a small number of Svens, Bjorns, Franzs and Jans are flouncing around the coffee lounge of the luxurious Hotel Hassler Villa Medici, and if we’re honest, we’re probably wondering why we’re here. As usual, the interviews are running late; we are fed up, having walked the length and breadth of the hotel lobby for hours and had more strong coffee than is ever any good for the system. Tired and wired, we wait for Britney to arrive, and when she does it’s something of an anti-climax. Wearing blue jeans, black top and a look of bespoke boredom, Britney is a manicured Lady Guinevere to our unkempt, shady knights. Because of various constraints, the allotted interview time has been trimmed by several minutes.

Throughout the pained question and answer session, Britney rarely becomes animated; her general demeanour is that of wanting to be somewhere else. She has a sniffle, and occasionally barely tolerates some of the questions asked. Is she beautiful? Absolutely. Would you want to spend more than 30 minutes in her company? Absolutely not. Almost three years have passed since the release of Britney, a pop record of immensely successful proportions that mixed the funk of Prince with the pop of Michael Jackson as it utilised the production talents of Pharrell Williams and The Neptunes. It was a far cry from her debut …Baby One More Time, which amounted to little other than Euro pop all the way from Scandinavia. Her forthcoming album, In The Zone, sees her transformation complete; indeed, she places so much production clutter into it (from UK producers Metro and P. Diddy to Moby and the Matrix – they all lobbied to get a slice of the Britney pie) that it’s difficult to see where she can go to next. One thing is for certain – In The Zone will either take her closer to the space she clearly wants to inhabit (the one marked ‘Madonna Lives Here’), or it will prove that her bubblegum Pop Princess tiara has been snatched from her head by the decidedly more raunchy (and more believable) likes of Christina Aguilera and Pink.

“The first thing I wanted to do was to take my time with In The Zone,” she says, “and to be inspired, go overseas and listen to different artists; just to think about artists that I wanted to work with, and make it my own little project. There’s been very little pressure this time out. At the end of the day I really don’t feel it’s about selling 50m records, because you can only sell so many. I just really want people to appreciate my craft and what I do and respect me for it. Also, for me to believe in it and hopefully for other people to be inspired by it.”

People have been inspired by Britney since her version of Sinead O’Connor’s hit, Nothing Compares 2U, was delivered excitedly at the age of nine from the family trampoline in the small town of Kentwood, Louisiana. Britney showed such determination to perform that her mother, Lynne, took her daughter to New York to attend what non-professionals like to call The Fame Academy. By the age of 11, Britney and Lynne had moved to Orlando to join Disney’s Mickey Mouse Club, where she made friends with fellow MMC alumni Aguilera and Timberlake. Within a few years, manufactured bubblegum pop had made the big time again with the likes of the Spice Girls and Backstreet Boys conquering the charts. Unsurprisingly, along with Aguilera and Timberlake (who by this time was a member of N’Sync), Spears landed a recording contract.

“I think image is like icing on the cake,” she offers, deflecting the question. “It’s fun and you can never get tired of it. It’s like clothes and lipstick and make-up and hair – you can never tire of those, it’s a girl’s dream. But I think it all does boil down to the music and what you do. Everything else is the creative stuff that goes around it, as well. How important is sex? Well, for me I think that where I’m at in my life I want to express myself sexually. I don’t think it’s a bad thing to be in touch with yourself, to feel good about yourself – it’s a spiritual experience, too. In the new record I talk about things like that because it feels right, real and true.” Yet one of the biggest sex symbols in pop music occasionally doesn’t find herself at all sexy. “I love doing photo shoots and expressing myself like that, but there is definitely a side to me where I feel not very sexy. It’s weird when I sometimes hear that I’m a sex symbol, but it’s flattering.”

So many pop stars use sex as a marketing tool, though; is that something she feels she has been persuaded to do? “It boils down to the music, of course, but with anything in pop it’s also down to being entertained. I like to entertain. That can be as diverse as Coldplay or Madonna. I love Coldplay, but there’s a presence and an aura about Madonna that’s both sexual and entertaining, and that sucks you in and inspires people. I don’t think it’s a bad thing; if people want to make it out to be bad then that’s their problem. I think it’s cool, the sex thing, and for some people it’s inspiring – it shows people different sides to themselves, which the world needs to see because we’re all different. When we all start to think the same way that’s when life becomes boring.”

The lady’s definitely for turning, then. She says she dislikes it when she is defined or labelled. In all fairness to her, how can she possibly be the same person she was two years ago? “And hopefully two years from now I won’t be the same person I am now – I’ll constantly be evolving and changing and being a better person, bettering myself.”

As the minutes have passed, Britney brightens up – another press chore is almost out of the way. She answers a ‘perfect woman’ question by claiming she isn’t at all ideal: “My nose is big, I have ugly feet, my teeth are not as white as they could be, my nails look really bad right now and I have cellulite on my butt. Does being beautiful occupy me? What can I say? It’s real, it’s there, it’s not like I’m going to cry about it. It’s life, and it’s who and what you are. Overall? I have tons of my own hang-ups.”

And then it’s time, gentlemen, please. She sulkily signs photographs and a watch for a lucky magazine winner, and then she sidles away. No hosing down of her image, no back to basics – just Britney in Rome, stuck in a hotel suite, talking to people she’d rather not talk to. Frankly, the feeling is mutual.

(This first appeared in The Irish Times/Ticket, November 2003.)