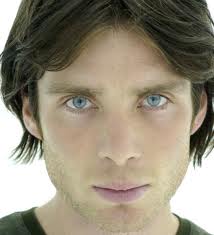 “I’ve always thought of myself as an actor, whereas the term ‘movie star’ has changed over the course of the past few years. You see these movies opening in America with unknown actors and they make hundreds of millions of dollars, and then you see ginormous star vehicles crashing and burning. My ambition when I started out in this game was just to be able to work, and to move between film, theatre and television. Thankfully, I’ve managed that. The ‘movie star’ thing is about perception, isn’t it?”

Methodical, intuitive, pragmatic, grounded – Irish actor Cillian Murphy is all of these and more. For almost fifteen years now he has plied his trade in a series of movies – some big budget, some independent, some of which have been better than others – that have highlighted his advancing skills as well as his startling eyes. Murphy might not be as gym-bunny match-fit as Colin Farrell, or as cheekbone sleek as Jonathan Rhys-Myers (two of his most obviously successful Irish contemporaries), but it’s quite clear that (with the possible exception of Aiden Gillen) he is the Irish actor who chooses his film roles most carefully.

Murphy’s Cork background has been well documented: born in 1976 into an extended family of teachers, following second level education he chose to study law at UCC (University College Cork) but opted out to pursue a rather more abstract career in theatre. His first major role was in Cork-based theatre company Corcadora’s production of playwright Enda Walsh’s surreal and disturbing Disco Pigs. Further theatre work (from William Shakespeare to Sean O’Casey) was followed by a toe and then a foot into films – small roles that gradually became bigger: the co-lead in the film version of Disco Pigs (2001), and then the lead in 28 Days Later (2002), Breakfast On Pluto (2005), Red Eye (2005) and Sunshine (2008). Along with ensemble work in The Wind That Shakes The Barley (2006), smallish roles in Girl With A Pearl Earring (2003), Intermission (2003) and The Edge Of Love (2008), and cameo-like appearances in three of the biggest-grossing blockbuster movies of the Noughties (2005’s Batman Begins, 2008’s The Dark Knight, 2012’s The Dark Knight Rises), it’s fair to say Murphy has completed his apprenticeship.

You can tell this is the case from talking to him. We have met previously (just after 28 Days Later was released), and at that point he was still slightly hesitant about his growing status as an actor. The time in between has been good to him personally (married to respected artist Yvonne McGuinness and the father of two sons, he now lives in a quiet part of North London) and to his career (he always seems to have at least three movies lined up for release in any given year). Murphy, then, is clearly more at ease with the differences that separate independent studio from Hollywood stage, yet despite his rise in prominence he still refuses to engage with the nonsense of celebrityhood. It’s never been a problem, he says.

“I’ve been lucky, for whatever reason. Some of it is that I live in a quiet, non-starry neighbourhood in London. Plus, I don’t necessarily enjoy the whole social aspect, or the peripheral aspects, of the job. I love the work, I’m passionate about it, and it’s when I’m happiest. The other stuff? I haven’t gotten very good at it, I think. An entourage? A stylist? I think some people probably need things like that. But again, if I do one or two films a year I can pretty much organise my own life within that. If you do two films a year, you’re generally going to have a few months not doing anything, so you’re able to have the time to do stuff. It’s not a conscious decision, it’s more I just don’t necessitate it.”

Allied to this focused attitude is surely his choice of movies. Murphy maintains that if good work is to be done then, quite simply, you follow the script. “It’s the truth – the first thing is that the script has to be good. If it’s solid then you know you’re in a good place. And if you’ve managed to get a good director and good cast then you’re in a really good place. I’ve always tried to follow those lines. That philosophy in itself has proved challenging, because you have to wait for those kinds of scripts to come along. You have to learn patience, and I’m not a naturally patient person, so having to endure periods of not working is part and parcel of the job, and that isn’t always easy.”

Does having a higher profile mean you now have to wait less time for good work to filter through? “That varies,” he replies. “At the moment, we’re going through a change in the way films – particularly independent films, which have generally been my bread and butter – are being funded and made. That market place is becoming more challenging. People don’t just write cheques willy-nilly any more, whereas, say, five years ago it would have been easier. So consequently, more patience is required. But I have theatre work to do when I’m not filming, and I’m quite keen to continue that. If you want to have any kind of longevity in this game, you’ve got to be able to pick and choose the work, and not just work all of the time.”

What does he do between projects, then? “Music is a big passion of mine, so I would buy it, go to a lot of gigs, play guitar. I write songs for my own pleasure. For me, it’s all about music and acting. When I’m in those periods where I’m waiting for the right material, reading scripts and being at home, music is the creative outlet. It has the power to move you, as does a great film or a piece of theatre; sometimes you can use it to inform your mood. It’s nice to bash around on the guitar and get something out of you! I like to run, too. And I’m a dad now, so it’s daddy day care! If I have time off we’ll travel. It’s all about keeping the brain active, it’s about realising that you’ve had a downtime period before, that you will work again, and it will work out. You are just waiting for the right project. But, yes, having a family has made the time go by quicker.”

In what ways has becoming a father changed him? “It gives you a jolt,” he smiles, “and you re-examine the big questions. I’m enjoying it, and without sounding schmaltzy I hope it’s made me a better person. They’re everything to me, those kids, and it does make you realise that all we do is dress up and make movies. Yes, movies are worthwhile, and they’re important, but the stuff of the day to day is children.”

Interestingly, Murphy doesn’t seem to have compromised his commitment to his art for the sake of being able to buy school shoes for his kids. It’s the kind of luxury only a few can afford, which is possibly why he looks aghast at the suggested notion of strategically choosing film roles for the sake of his career. “Genuinely, I haven’t.” Does he have a career plan, then? “On a meta scale,” he reasons, “I absolutely don’t – I have no idea as to where things will be next year or what might be happening. On a micro scale, I would know that I might choose a particular job because I might have just come off a heavy film, for example, and I’d like to do something lighter. Or it might be an ensemble part. They would be the primary considerations, but never conscious ones that would go on to make a load of money and that would therefore afford me the ultimate choice. I can’t really think like that – to be honest, I like to make films that I myself would like to see in the cinema.”

The ultimate choice – what does he mean by that? “Well, people like Leonard Di Caprio or Matt Damon, both of whom I admire greatly, can get films made. They can find a script and say this is the kind of movie they want be in. I also have to say that there are good quality A list actors these days – including Di Caprio, Damon, Brad Pitt, George Clooney – who are all very conscientious about wanting to make good, challenging films.” Does he ever, either in a dream or nightmare, envision himself as an A list actor? “I don’t think about it. What I would love is to get to the place where I could work with them – for instance, in Inception, I’m working with Leonardo. So that’s exciting because I admire him so much.”

Between the admiration and the work, though, is the fact that he is, mostly, an employee of the movie industry. Some see it as the money making business it very much can be and strategise with all their abilities to make themselves buckets of money. Others are content to go with the flow and see where it takes them. “Business and art are uneasy bedfellows, aren’t they?,” ponders Murphy. “As you get older, you realise there has to be a balance. When you do a film you need to promote it; that’s the part of the exchange with the business and marketing side of things. But within that I maintain you can still make good work. For all the flaws of the Hollywood studio system, you have people like Chris Nolan and Paul Greengrass making extraordinary, worthwhile and challenging films. If all the hoopla that surrounds them is what is needed for people like these to make films, then that’s okay by me.”