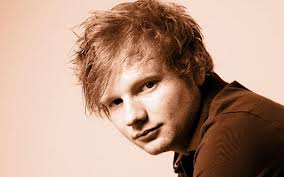 Not that it matters, but if one were to apply the ‘granny’ rule, then Ed Sheeran is undoubtedly the biggest star to emerge from Ireland in quite some time. “Both of my grandparents are from Ireland – my granddad is from the North, and my grandmother is from the south, and I have family in Wexford, Galway, Cork and other places.”

It was while visiting his cousins in Ireland ten years ago, says Sheeran, which turned his head around to the possibility of pursuing a life in music. “I was only 11, but I was playing guitar after a fashion, and singing now and then. One of my cousins, Laura Sheeran – who is making her own incredible music now – took me to a Damien Rice show in Whelan’s. It might sound a bit clichéd to say it, but that was a pivotal moment for me, and was certainly the gig that started me off. I didn’t really have any ideas about wanting to get into the music industry until I was actually in it, which came a few years after that Rice gig. And even then I was only doing it as a hobby, but I just did more and more of it, and that’s when I found myself in the thick of it.”

In the thick of it is right. Since the release late last year of his debut album, +, Sheeran has been selling albums by the bucket load, incrementally increasing the size of venues he’s performing in, and without so much as blinking, it seems, writing songs with and for the likes of Taylor Swift and One Direction, two of the best-selling acts in America. Add to this his recent Grammy nomination (Song of the Year for The A Team), and you’re looking at a 21-year-old, ginger-haired, hoodie-wearing singer-songwriter whose future is so bright it’s genuinely dazzling. It is, most certainly, far from how he was raised.

“I did my first gig in London at the age of 14, and then moved there at 16,” he begins. “From then I just went for it. A brave move? Well, I thought that I could either stay in school and then go to university, come out at the age of 23 with a degree and a student debt of over £20,000, and then start the singer-songwriter thing – or I could start off young and have the advantage of not really caring about earning money or where I stayed. I didn’t mind living from day to day – when you’re 16 you don’t need much, do you? Just a bit of food, a floor and a pillow. That’s pretty much it. I took advantage of being low maintenance, and lived out of a rucksack for a couple of years.”

What made him choose the slowly, slowly approach? Many teenagers these days think the fast track way to success is via X Factor… “Well, X Factor has changed from when I first started out, and this year they even allowed people to play their own songs. And it’s the same with The Voice. But when I first started at the age of 14 or 15, it was shows like Pop Stars: the Rivals, with the likes of Girls Aloud and so on. To be quite honest, it never entered my head that I’d want to do something like that. Had there been a talent show that allowed people to bring along their guitar and play their own songs, then yes, I’d probably have opted to do that, but there was no option to do that then.

“There are obviously many different ways to get into the music industry and one of them is through the likes of X Factor. I think, though, that if you want to be a singer-songwriter then the main route is the pub circuit. I’m certainly not putting down people who go on X Factor, but from a live experience aspect if you have hundreds of gigs under your belt before you get into the mainstream then you’re in a much better place. For singer-songwriters, performances are what you need to be worried about.”

As this year’s best-selling bedsit singer-songwriter, Sheeran is presently experiencing a rapid shift in the method of his performing. This time two years ago, he was playing venues with a capacity of 100 or even less. As the lead up to his album being released, and as this year has progressed, he has been leaving those venues behind him in an ever longer trail of increased album sales. How exactly does a guy with a guitar and a bunch of songs address that?

“If I’d had jumped from a pub venue to, say, the O2 then I’m sure I’d have shit myself,” Sheeran replies. “But what’s happened has been increased, effectively by word of mouth, month by month over the past two-to-three years. In the last nine months we’ve been doing 5,000-6,000 capacity venues, and that kind of feels normal now. Venues like the O2, of course, is yet another jump, but it’s not going to be too scary.”

How so? Surely the scale of stage production at very least will have to be considerably ramped up? “From a performance point of view it’s still just me, a loop pedal and a guitar, but instead of putting money into getting a big band together I’ve invested in a very large video wall that is manipulated throughout the show. I‘ve a very impressive light show that synchs in with me and the songs. If my performance is on point, I can make sure there’s a good visual aspect behind and around me. Something like that makes sense when you graduate to the bigger venues.”

Smart lad. And yet little of what Sheeran says seems conceited or contrived. Say what you like about his music (which seems, at times, despised for having the audacity to be popular), but the bloke who wrote them comes across as solid, regular and natural. Already a multi-millionaire, he views the past year, in particular, in a casual if intelligent light. “I don’t ask too many questions as to what or why my success has happened. Obviously, I’m quite happy to be in the position I’m in. I haven’t yet taken a break to look back and ask, oh fuck, what’s happened to me? I won’t look back until it starts to slow down.”

Of that there is no sign as yet. Add Sheeran’s Grammy nomination with the material he has written for One Direction and his upcoming support slot on Taylor Swift’s forthcoming US tour, and you’ve got – unless something disastrous occurs in the interim – the distinct possibility of America dropping to its collective knees and worshiping the head of Ed. What an amazing change of fortunes for a bloke turned on to music by Damien Rice.

“Yes, well, the couch surfing has been replaced with tour buses and hotel rooms, but my life hasn’t changed, really, because I’m still playing music every single day and I’m still writing songs. Of course, from the point of view of public perception, my life has changed. And, also, I’m not struggling the way I used to.” And yet, affirms Sheeran, in other ways his life hasn’t changed at all. “I’ve remained relatively normal, I’m still wearing the same kind of clothes and I’m still with the same friends – I tend to keep myself to myself, if truth be told, so I haven’t made many new friends. I eat the same food, pretty much, and go the same pub for a drink.”

And what about the money, Ed? What with the album sales, smash hits with the likes of One Direction’s Little Things – do you think of the money at all? “Ha! Well, I’ve always lived within my means, and when I was sleeping on people’s couches and living off £5 a week that wasn’t too bad for me – I was quite content, really. Nowadays, I’m still living within my means, and I’m not really spending a lot. I bought a house, which I thought was a sensible thing to do, but I haven’t really done too much of the typical pop star thing yet. I’m still acting like I’m a singer-songwriter on the pub circuit, I guess.”

So no renting out Alton Towers, then, for a weekend just for you and your mates? “I’ve never been a big fan of anything other than playing music and watching dvds, so the biggest splurge I can imagine doing at this point is just walking into HMV and buying everything.”