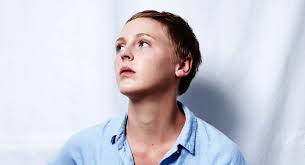 The nomad comes full circle? The prodigal daughter returns home? The last time Laura Marling and the Irish Times had a chat was less than two years ago, outside an East London pub, which was no more than a few minutes walk from her house. She hadn’t lived in the house for a few weeks, as she had relocated to Los Angeles some months previously, and was back in London solely to catch up with family and to talk to a few newspapers and magazines about her (then) new album, Once I Was An Eagle.

Outside the pub, Marling sipped a beer and smoked roll-your-owns and answered the final question of the interview (was her move to Los Angeles the geographical equivalent of cutting her hair and severing ties?) with an arched eyebrow and this reply: “There’s such a sense of escape there – you can get into a car and go anywhere – but it isn’t the end or the start of anything. Too soon to say.”

Too soon to say, indeed, for here we are back in a rather chilly London, having left the perennially warm City of Angels well and truly behind her. Was moving to LA in the first instance an adventure, or merely the start of something that ended up either as a mistake or a wrong decision?

“Well, it wasn’t really a decision,” says Marling, who is the kind of person that views most of the promotional interview process as a way in which to straighten out ambiguities. Her long, blond tresses have been shorn, too, and where once she looked like a Jane Austen heroine, she now channels a scrubbed urchin demeanour straight out of a Dickens novel. “I just landed there, and then I didn’t come back, but once I’d done everything I wanted to do there it was clear to me that I needed to come back to England. And it felt quite natural to come back, too.”

Most of Marling’s work has been strongly influenced by LA’s Laurel Canyon 1970s singer-songwriter community, and in particular the works of its totemic songwriter, Joni Mitchell. Did she travel such a long distance on a whim, or was there something strategic about her move? “It was a whim, I swear! About two years ago, I’d been travelling around the US doing a tour by myself for a couple of months. During that time I met someone, and then I moved to Los Angeles with them. I didn’t even go back to London to pick up some things, I just went straight to LA, and that’s how I ended up there. And then I just stayed.

“When I first moved to Los Angeles, it was like being in a new relationship – you forget all your friends, and you spend all of your time with the new one. But the next year I started to miss London, and Europe in general. LA doesn’t have any old buildings to speak of – there are lovely Art Deco structures, of course, but they’re less than 100 years old. It feels like there’s no grown-up presence there; it’s like you’re in an orphanage or something like that.”

Living with her then boyfriend, off the grid, with no management, no agents, booking gigs herself, playing small venues – it sounds like heaven for a private, bookish songwriter who has reluctantly experienced her fair share of publicity via Mercury Music Prize nominations (for 2008’s Alas, I Cannot Swim, 2010’s I Speak Because I Can, and 2013’s Once I Was an Eagle). The touring aspect of her time in California, she says, “wasn’t as troubadour-ish as it sounds. Would I have liked for it to be like that? I’m not sure – there is something romantic about it, isn’t there? I don’t know if it’s quite in my nature to be like that; all I know is that I just wanted some time to travel on my own, it really was that simple. It’s what I wanted, and it’s very much what I got from the experience.”

The sense of going about her business on a day-to-day basis without being recognised was, Marling admits, “extremely liberating”, yet there was a downside to such a level of anonymity that was both unforeseen, possibly unprecedented, and extremely disappointing. Using a pseudonym, she applied for a poetry course at a university in Upstate New York but was turned down. Marling laughs, but it’s a bit of a hollow one. “Oh, God, that was a leveller… I had made plans to do a lot of stuff in my time off, and a big part of it was something like that course. It was interesting and relevant to me because the poetry I write is definitely not the lyrics I write, but something different. So how can I put this? Not getting onto the course was a vulnerable experience.”

And a learning one, too? “Well, it was a fairly small part of my year off, but I never finished school or went to university, and so I have no academic training. I had this weird sense of pride that I had managed to organise myself enough to put together a portfolio and a pitch – and they were relatively organised documents – only to experience the weird feeling of not being chosen. I got over it, though, as one does.”

And here we are, back in East London, having most assuredly got over it, as well as other changes in her life. Marling’s new album, Short Movie, is her fifth in seven years. What drives her to write so many songs, and record so many albums, she remarks, is quite simple: she likes to work, and she likes to observe people. “Aside from reading books, that’s pretty much all I do with my time. And the result of that is lots of songs. It’s not really much more than that.”

Reflective, expressive, gentle, polite, but by no means meek, Marling isn’t the kind of needy artist whose primary aim is to be understood by fans of her music and songs. For her, it’s much more personal. “Wanting to be understood as an artist? Oh, no, I don’t think so. As a person I want to be understood, but not as an artist. Some people get lost in the impersonal version of themselves. I’m cautious of maintaining very specific sides; wary of the actual me and the projected me. The two are distinct and divisible. A good thing, too, otherwise I’d lose my mind.”