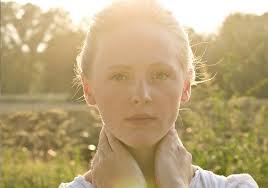 “What these moments led me to consider, between the bastardisation of the manifestation of a daydream of the brain of an architect, and the simple bliss of hearing the scratch and turn of the long antiquated yet once more desirable record, it occurred to me that mediums change, and are often too long dictated and stunted by their history.”

Laura Marling is thinking, talking out loud about how things change, how the formats of recorded music mutate and, sometimes, return to the point of origin. How her new album is over one hour long. How there are no ‘radio’ hit songs on it. Laura Marling admits that she thinks too much. She says this as we shared time and coffee outside a London East End café a few weeks ago. She knows the rough and tumble of the area quite well, having lived here for some time, but these days she calls Los Angeles home. She is petite, a regular smoker of ciggies, utterly focused on the matter at hand and has the rather beautiful face of a beleaguered Jane Austen heroine. Put a bonnet on her head and you might as well as be looking at one of the Bennett sisters. But what’s this? Oh, right, the thinking, Laura, the thinking…

“Oh, God, yes, I constantly think that I think too much. Is it good outside the creativity? Well, it’s not divisible, that’s for sure – I am what I am, and it is very good for my art, I suppose. It kinda depends what day it is; if I could wake up one morning and wish that sometimes I could bob along living without consequence then that would be nice. But other times I wouldn’t want to live any other way – I like states of reflection and I like the world as a big unanswerable question. It has led me to some interesting places, creatively and personally.”

23-year-old Marling once described herself as a “strange mix of completely neurotic, an amazing procrastinator and not at all a perfectionist”, yet has in the past five years delivered four albums (including her latest, Once I Was An Eagle) of quite startling purity. Such a quality-driven prolific rate might yet diminish, but for the moment she remains a sylph-like figure on top of her game.

The Hampshire-born singer-songwriter first came to prominence at the age of 16 when, following secondary education at a private school in Berkshire, she upped sticks to London, where she promptly landed right in the midst of the city’s nu-folk music scene. A brief stint in Noah & the Whale (as well as the arms of that band’s main songwriter, Charlie Fink) was followed by a bout of solo songwriting, signing to Virgin Records, the release of her 2008 debut album, the Mercury Prize-nominated Alas I Cannot Swim, and the start of a relationship with Marcus Mumford. Her second album, I Speak Because I Can (also Mercury Prize-nominated), was released in 2010; the following year A Creature I Don’t Know was unleashed.

Three albums in three years – each one lauded to the hilt, casting her as some kind of creative successor to the likes of Sandy Denny or Joni Mitchell – might be something of a bind for most people, but Marling refuses to be formatted, either culturally or commercially. “It isn’t an aim to have each album better than the previous,” she says while placing a strand of gently wind-blown hair behind her left ear at regular intervals. The movements reveal a tattoo on her inner left wrist bearing a rendering of the Marling family crest. On her right wrist is tattooed the family motto: ‘We Are Prey To None’. “But it’s a hope that each one is as good as the previous one, that you’re moving forward in some way, even if it’s a small way. I play the guitar every day, so at least the guitar playing should be better.

“Ambitious? I’m not conscious of it, but I have to admit I struggle to sit still – I’m always doing something, and perhaps that’s the drive. I’m always ambitious to explore, though, and not do the same thing again – lyrically as much as musically. And if you tear that apart further – taking into account that it’s two years since the last album – the questions and queries in the narratives therein are different because I’ve got different questions and queries about life.”

Whatever about the changing questions and queries, one aspect of Marling’s modus operandi is constant – the use of elemental and animalistic imagery to portray emotions. Sometimes the imagery is abstruse and elusive, other times not; scattered throughout are allusive yet convincing commentaries about sex, brittle partnerships and steely emotions. Characters within her songs are fractious, oft-times truculent, people who (ala a paraphrasing of the Marling motto) will not allow themselves to be taken advantage of.

“Yes, they personify expressions and emotions,” she affirms. “It isn’t to side blind the listener but to add some other dimension to the writing. And it’s not, strictly speaking, conscious, but just the way I communicate in day-to-day life. It’s also a medium by which to encourage people to understand what you’re trying to put across. There are only so many uniting feelings that can be specified in crude wording, and I’ve always found in the books, art and poetry I love that the most evocative imagery are living metaphors such as ‘temperamental weather’ or ‘expansive oceans’.”

Yet you’re distancing yourself from the listener, aren’t you, through this? “Totally. Again, that’s what I’m like day-to-day and how I communicate. I would never do more in my work than what I do face-to-face – in other words, never give more away than I would in person. Essentially, I don’t like to give too much of myself away to strangers. My living life and my real life – where you build relationships and exchange vulnerabilities with people – are pretty much different, although when I look back on some records I feel I dare – or maybe even taunt – the listener to take themselves with me.

“I suppose that is what happens, but it isn’t something I sit down and plan to do. Songwriting for me is a very unconscious process – I’d love to able to say that I’ve sat down and thought it all through, but I didn’t. I’m sort of figuring it out even now. I think I’ve been lucky enough to have fallen into songwriting in such a way that I never got caught up in the formulaic process of it. I’m very grateful for that, increasingly so as I move forward through the world.”

Marling can thank her father for pulling her away from the tyranny of formulae. She regards Bob Dylan as the ultimate songwriter who has achieved creative equilibrium in the way she admires the most. “He spoke to so many people in such a brilliantly simple way that anyone could understand it. It’s important to be accessible – you can’t be too far left field otherwise you’re shooting yourself in the foot.”

Joni Mitchell is also a relevant source of inspiration, she reveals. “For my 13th birthday, my parents gave me two albums – Joni Mitchell’s Blue and Patti Smith’s Horses. What a brilliant combination of music to give to a 13-year-old!  In the throes of teenagehood, not knowing what the fuck was going on, to have these two albums was amazing. Obviously, I didn’t think this when I was that age, but I distinctly remember the experience of listening to Horses, lying down on my back in a room at school; Joni Mitchell’s Blue I’d listen to a lot in my bedroom at home. Patti was quite an existential, outward experience for me, whereas Joni was inward and solitary.”

The East London wind is picking up and Marling shivers slightly. Time to go. She freely admits to being overly bookish, definitely solitary but not confined by her need for each.  “I really enjoy people and their company, but, yes, I also like to be really, really alone. I’m not saying I’m comfortable in my thoughts, but I need time alone to be able to process them. And intense social situations are exhausting, totally exhausting. I can take some of them, and enjoy them, but I know my limits. Let’s put it this way – you won’t find me at a nightclub anytime soon.”

Probably not. But what about Los Angeles – is her move there the geographical equivalent of cutting her hair and severing ties? For the first time during our conversation, she averts her eyes and looks into the distance. Laura Marling is thinking again. “There’s such a sense of escape there – you can get into a car and go anywhere – but it isn’t the end or the start of anything.” She arches an eyebrow. “Too soon to say.”