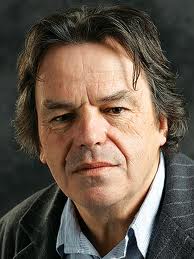 If you were an unwise person, you might try to categorise or pigeonhole the work of Irish filmmaker Neil Jordan. That he’s a remarkable cinematic stylist isn’t in doubt. Call him an auteur (he’s undoubtedly a filmmaker whose body of work is underpinned by his creative influences) and he might deny it. Whatever he is, or, indeed, terms himself as, there is a strong undercurrent of style.

He can get it wrong sometimes, admittedly, as 1988’s High Spirits (“not a very good experience for anyone,” says Jordon somewhat ruefully) and Michael Collins (“a pretty empty-headed biopic”, according to one film critic) proves. But when he gets it right, which is a lot of the time, he’s one of the world’s best. Think of the flair and poise of 1986’s Mona Lisa; the poignancy (and the last reel, Oh-My-God surprise) of 1992’s The Crying Game; the elegance of 1994’s Interview With The Vampire, the sheer nonconformist aspects of 1997’s The Butcher Boy; the picaresque wonder of 2005’s Breakfast On Pluto. One is loath to highlight a theme to anyone’s creative endeavors, but if there is anything that connects the dots in Jordon’s work it is a blend of the unreliability of memory and of being (as he himself once said) “an odd fish”.

Jordan’s most recent feature film is Byzantium, and he’ll be back in the fray later this year with another movie project as well as the third series of (and about) The Borgias dynasty (starring Jeremy Irons). He’s also a bona fide published writer, which places him, effectively, in a league of his own as being the only Oscar winning film director (he won Best Original Screenplay for The Crying Game) who has a parallel creative life as a novelist.

“It’s all accidental,” he says in a coffee shop in his home of Dalkey, south County Dublin. He looks, as always, as if he’s just woken up – bleary-eyed and ruffled hair, blinking into the bright morning. No one bats an eyelid on his arrival, but, then, as Dalkey is also home to the likes of Bono, Enya, Jim Sheridan and Van Morrison, the residents are used to seeing well-known faces. “I started writing in my teens – fiction, short stories. I began to write screenplays, I liked doing those, and then I began to direct them. I made my first movie, Angel (1982), and at that point I’d finished my first novel, The Past. Then I made two more films (1985’s The Company Of Wolves, 1986’s Mona Lisa) and wrote another novel (The Dream Of A Beast), then more work that fluctuated between the two forms. And that’s just the way my life has turned out.”

The way Jordan sees it, he couldn’t have just been a novelist. “I suppose I could not have made any movies, yes, but I’m not sure that I would have written any more books than I have. Prose is weird, it’s a very private thing – for me, anyway. You’re using a different part of your brain, and I don’t know if I had never made films that I would have written any more books. I mean, you’re totally alone when you’re writing, but I also think you’re quite alone when you’re directing a movie. In a strange way, actually, you’re even more alone when you’re directing a film – it’s a very curious place to have a series of images in your head that you’re trying to shape and communicate to people.

“So you get into a very isolated place, but I’ve done writing and movies for so long now… I know that one form is quite different from the other, but I suppose the difference is that when you’re writing a novel you realise that it might never be read. When you’re making a movie there is a sense that it will be seen.”

For each discipline, aiming for perfection is the key; getting details right, tweaking and fine-tuning, mulling over things without losing focus. Jordon may rock the tastefully disheveled look, but when it comes to his work he is suited, booted and pinpoint sharp. In his writing, he says, he has to contend with minimum interruptions – a stray thought, perhaps, or the distant squawks of Dalkey seagulls – but with directing there are people milling around him. He is still, by necessity, fully in the present, but there is far more activity from people that want to make their voices heard. Does he listen? Some people, he says, want to have an input, but they shouldn’t.

“In a way, movies should be shaped entirely for what they are. Sometimes people come up with ideas that are better than mine. If they’re better then I’m willing to take them on board, but very often people don’t understand what the genesis of the work is, so their input can confuse you. With movies, Hollywood movies, what happens is that you’re given a script and then they might want to change the ending. The more movies I make I realise that they’re only worth making if they’re as perfect as they can be.”

How does he cope with the interruption and interference? That isn’t difficult at all, he implies. “People tend to leave me alone when I’m making films, they really do. And they always have. That said, I had one or two bad experiences in Hollywood – although perhaps complicated experiences is the better way to put it. But, generally, I’m left alone. Of the films I’ve written myself, what you see is what I’ve written. The only time I had real interference was on The Crying Game, where in order to get it made I had to fabricate an ending – because my original one was, apparently, too bleak; it didn’t satisfy the studio, but it satisfied the people who ran Channel 4 at the time. So I wrote a revised ending that was a bit ridiculous, but they said they’d support the film. Yet when it came to actually shooting this particular ending I had to say that I couldn’t do it. We had to, though, and when we showed it to various people they eventually agreed that it was the wrong kind of ending for the movie! That kind of thing happens a bit.”

Jordan regards himself as lucky (“always have been”), and views the trip from his early days as a script assistant to film director John Boorman to where he is now as “quick and easy”. Getting projects together, or even off the ground has become, he contends, more difficult for everybody. No more quick, no more easy?

“You could spend five or six years these days getting some half-assed project together. The entire environment of filmmaking has become incredibly difficult, and incredibly counter productive for good work. It’s similar in the music industry, isn’t it? Imagine if you’re a kid trying to make great music and then you see the X Factor, and stuff like that? You’d get disheartened, wouldn’t you?

“When I started making films, Hollywood was the most forgiving place in the world. They’d allow you to make several mistakes – and by that I mean crash and burn movies. I never had to cope with that, thankfully, but when I went over there they kept offering me scripts; I suppose they had to keep making movies and so they kept sending me stuff. I went off to do my own stuff, of course, but they still offered me things. That process seems to have stopped.”

What hasn’t stopped is Jordan’s engagement with the process of making films – it may have passed most of us by, but it is over 30 years since his debut feature film, Angel. While writing is crucial to his creative output (he has been described by film critic David Thomson as a “first-rate dialoguist”), it nonetheless seems to play second fiddle to directing. “I wouldn’t say I enjoy writing novels,” he admits, “because it is much more tortuous. I have a visual imagination, however, and I enjoy designing things, constructing shots. I love that, and so the process of making a film is actually quite delightful.”

Is scriptwriting a more precise art than penning novels? Apparently not – it is, notes Jordan, whatever you want it to be. “It’s an open palette – think of the scripts for, say a blockbuster, and those for, for example, Lars von Trier’s Antichrist or Aleksandr Sokurov’s Russian Ark. A script can be anything whatever the filmmaker’s imagination comes up with. They also take much less time than writing a novel, yet you’re putting together visual ideas, various characters in different scenes. And you’re able to design the sets, which is a beautiful undertaking.”

Over thirty years down the line, from ingénue to veteran, Jordan has proved himself to be something of a master craftsman with several distinct virtues as a filmmaker – not least being his presentation of formidable women and inadequate men. What ambitions did he have at the beginning of his career? He finger-combs his hair and, audibly, asks himself the very same question, as if to fully confirm his answer before he replies.

“Well, my career has evolved quite naturally, I think. But ambitions? This would have been in the mid-70s, in Ireland, and, you know, ambition wasn’t a possibility at that time. There was nothing to be ambitious about. If you wrote fiction back then you never imagined you’d ever get published. Irish writers tended to gather in McDaid’s pub in Dublin’s city centre, and you’d see them all at 11.30 in the morning, half drunk basically, quite a terrifying, crabby lot, actually.

“I was hungry, though, and I liked the idea of doing things that I hadn’t done before, do you know what I mean? So for me, it was a ‘why not’ situation. As for the writing of the short stories and novels, well, I suppose I never imagined I’d be making movies, so writing was the next best creative step. Directing opera or conducting orchestras wasn’t in the frame, either. If you had an imagination it was writing, and the only reason I became interested in movies was that, as I’ve said, I began to write scripts. I found the process so invigorating, but also disheartening in what would happen if they went through several pairs of hands.

“So I’d imagined the scripting process very clearly, but I knew I’d have to have control over it for it to be worthwhile to me. I enjoy the procedure more and more, to be honest. Once the film has a possibility of being made, you write a script, and that is still quite a thrilling thing to do.”