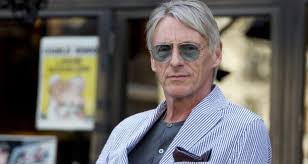 What do you do when the nickname that has stuck is The Modfather? What happens next when you’re viewed as an Elder Statesman of Contemporary Cultural Affairs? Or when, as a musician and songwriter in your mid-50s, you are plugging your latest solo album in just under 25 years?

If you’re Paul Weller, you take it all in your stride – you dismiss the nickname as a joke, you discard the ‘Elder Statesman’ status as a by-product of not yet having died, and you agree that, prolificacy aside, there isn’t much more you can do than write songs, record them, put them out and hope for the best.

“What else would I do?” Although Weller has something of a brusque reputation in his dealings with journalists, his rhetorical question is proffered with politeness. “Of course I’m going to write more songs and make an album because that’s what I do in life; the alternative would be not to do it, and that never enters my head. Writing songs is what I’m alive for – that, and looking after my wife, my family, and so on, paying the bills. But my sole purpose is to make music, and it was that way from when I was a kid – it was always my vision of what I should and could do.”

Weller is looking leather-tanned and slightly weather-beaten, but he’s still as trim’n’slim as when he was a 19-year-old in The Jam, and – if such things continue to matter to some people – he remains as nifty a dresser as he has always been. His latest album, Saturns Pattern, might not win many new converts to the Weller brotherhood (and it is very much a brotherhood), but it keeps his common pop/rock touches ticking over. If anything, it continues his unending love for the 60s, despite he being too young to have direct experience of that time period.

“I regretted missing out being a teenager in the 60s,” he remarks, “but I was massively influenced by the decade from as long as I can remember. In the 70s, after the initial thing of Bowie and some of the glam rock stuff like Marc Bolan, it was such a wasteland. It was punk rock that kicked me off, and the proto-punk of Dr Feelgood’s debut album, Down by the Jetty, which came out at the start of ‘75, was a game changer for me. They were totally anti-fashion – odd haircuts, grimy suits from Oxfam shops – and were the first band to make an impact. The next thing after that was seeing the Sex Pistols in 1976 – they played at an all-nighter at the Lyceum in London. I’d come up from Woking to see the gig. I was about 17, speeding off my head, and seeing them was an epiphany. I just thought, this is it, now is my time.”

We know what happened next: The Jam was co-founded by Weller the same year, only for him to split up the trio at the height of their commercial success in 1982. A year later came The Style Council, but by the end of the ‘80s Weller once again derailed a successful band. A tentative solo career began in 1990, and from 1992’s self-titled debut to Saturns Pattern, he has released an average of one album every two years. Such output is underpinned by what Weller views as two recurring motifs: melody and a preoccupation with the passing of time.

“You could have slightly more experimental or backing music, but as long as the melody is still there, that’s all that matters. The lyrics? Well, I feel that I have to avoid repeating myself, but some things you just can’t avoid. I mean, I really can’t believe that I’m 57, and I really can’t believe that my kids are growing up so quickly. I’m not overly sentimental or nostalgic, and so the passing of time thing isn’t either of those – it’s more genuine surprise at where the time has actually gone.”

And the ‘elder statesman of rock music’ tag? “I don’t take any offence from it, but if you don’t die in your 30s of a drug overdose then you’re always going to end up being an elder statesman or woman. It’s better to keep sight of more important things than any kind of status, be it elder statesmen or not – such as what you’re like as a person and how you treat your neighbour. I’ve seen loads of people over the years fall by the wayside through booze and drugs, but mostly by their ego, which can be just as destructive.”

Weller’s relationship, he offers guardedly, with alcohol and drugs, (if not ego) has fractured in the past ten years. The implication is that if it hadn’t he might not be here today talking about it. “Oh, I just got bored with it.” He shakes his head and tut-tuts in a show of disapproval. “You know the cliché of feeling sick and tired of feeling sick and tired? Of waking up every day in a heap and feeling awful for a few days? It got to the point where I just wanted to stop doing that, and so I did. But mainly because it was so predictable. That’s drugs for you! And the drinking – which I loved – became too much for me, as well. It helped that another influence was my missus – she said I had to make a decision. It was either her or the bottle.”

Unusually for someone with such a non-celebrity persona as Weller, his private life has come under scrutiny in the past ten years. The father of seven children from four relationships, the tabloids and gossip mags started to take notice over five years ago when he left Samantha Stock, his then partner of 13 years, for backing singer Hannah Andrews who was almost 30 years younger than him. They subsequently married (in 2010), and are now the parents of three-year-old twins, John Paul and Bowie. It seems impolite to ask, but Weller is in a good blokey mood, so here we go: did getting a vasectomy never enter his head?

“Nah, you mad?!” Again, the response is more avuncular than annoyed.  “I love being an old dad. Sometimes people ask if I’m the twins’ granddad, but that’s fine, it doesn’t offend me. To be honest, I feel lucky, blessed. The only thing that worries me – and here we’re getting back to the passing of time thing again – is how long left I have with them. That’s scary for me, but you can only think of what’s in front of you today, can’t you?”

We’re on such a smooth roll with the Modfather that we dig out an answer of his to a Q&A he conducted some years ago. When asked what is the trait within himself that he likes the least, he replied, ‘emotional cowardice…’ Does that answer still hold? Weller eyeballs me for a few seconds, possibly wondering why we haven’t been chatting about Saturns Pattern for the past 30 minutes. “Men can be cowardly, we know that.” Another dose of eyeballing is followed by a pause. “It’s hard to be honest sometimes, but I can see the wrongness in being like that. So, yes, I could have handled certain things better, but such is life.”