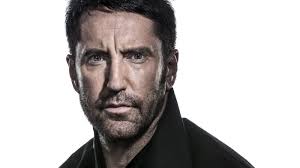 Slow, deliberate and with meticulous attention to detail, Trent Reznor isn’t the kind of musician to deliver glib answers. Put this down to the Nine Inch Nails frontman (and film soundtrack composer) having the kind of self-discipline that comes with not only maturity but also having lived a life fully charged.

In other words, Reznor has been there, seen that, etc, via a lengthy spell of being – how can we put this? – under the influence, tired and emotional, run ragged. He has been sober and drug-free for many years now, and, of course, it suits his rigid adherence to getting things right. “Balance is good,” says Reznor all the way from a room in Japan, where he is sojourning in the lead up to a NIN gig, “because one extreme or the other leads to misery, and I’ve spent a lot of my life at one of those extremes.”

Born in Mercer, Pennsylvania, USA, Reznor made early NIN demos while working as a janitor at recording studios in Cleveland. Then in his early 20s, the singer and songwriter rabbit-punched a relatively moribund pre-grunge music scene with NIN’s 1989 debut album, Pretty Hate Machine. If your shtick was intensely bleak lyrics and mechanised, shrieking electro-metal, then NIN was your poster band.

Reznor reached something of a macabre apogee with what many claim to be NIN’s masterpiece, 1994’s The Downward Spiral, which – as if to add to its desolate, dissonant mystique – was recorded in the Los Angeles house where members of the Manson Family killed actor Sharon Tate (who was over eight months pregnant) and four other people. Fast forward almost 20 years (two decades that feature alcohol and drug abuse, rehab, panic attacks, rehab, marriage, movie soundtracks, fatherhood, Oscar wins and ructions with the music industry) and we have Reznor very much back on track.

The way he tells it (deliberately and with meticulous attention to detail, remember) he was fulfilling a contractual obligation for a NIN greatest hits album when he started writing a couple of new songs as add-ons. Before he realized it, the two songs had morphed into a batch – enough for an album, he reckoned.

“I went into it with an open mind, really, albeit with a bit of reluctance,” he begins. Reznor was working on movie scores for The Social Network (for which he and co-writer Atticus Rose, won an Oscar) and The Girl with the Dragon Tattoo, as well as co-writing music for his resolutely non-NIN referencing side project, How to Destroy Angels (which he operates with Rose and wife, Mariqueen Maandig). Other things, he says, had eaten into his time, but at the back of his mind was a notion to once again write under the umbrella title of NIN.

“When discussions came up about delivering the Greatest Hits record, and how nice it would be if there were a couple of new songs, I got to thinking about how good it might be if NIN material came to bear fruit. Like, how would I feel about that? What would the music sound like? Would it be exciting? Boring?”

With nothing close to strategy or design, song ideas began to filter through. “It was what felt inspiring,” Reznor allows. “I couldn’t have told anyone ahead of time that I wasn’t going to be playing a lot of guitar or that I wasn’t going to scream that much on the record. What was really inspiring was that I got to thinking of rhythm and to adopting a much more minimalist approach. I worked on about 100 ideas like that; what felt comfortable was filling up space with lots of tracks and textures, and weaving tapestries of complexity, which, of course, made the task interesting, challenging, difficult yet rewarding.”

It is odd, Reznor accedes with a self-deprecating “yeah!”, to be discussing a Greatest Hits album from a band that would, perhaps, better soundtrack Buffalo Bill’s needlework than anything else. “I agree that a Greatest Hits collection isn’t really a good artistic endeavour – it was a record label thing. NIN owed a hits collection to a previous record label we were on – it was written in a contract we signed 20 years ago – and it fulfils a certain commitment. I was reminded some time ago that it might be something I’d like to clear from my plate – so I did, and, as I’ve been saying, it turned out to be a catalyst for new material.”

Which will be released through, curiously enough as we shall read, a major record label (Columbia in the US, Universal in Europe). In 2007, Reznor established his own independent label, The Null Corporation, via which, in 2008, he released two subsequent NIN albums, Ghosts I-V and The Slip (the latter of which was made available to download for free, courtesy of an online message from Reznor that read “this one’s on me”). He continued to release music via his label, doing his intelligent best to figure out how to instructively engage with online business models – or what he terms, atypically, as “disruptive technologies”. One such engagement was offering 3,000 deluxe editions of the (much extended) soundtrack to The Girl with the Dragon Tattoo for the price of $300 each: signed copies of vinyl, with a flash drive, and – Reznor is quoted as saying – “a blowjob when you open it up.”

Such are the thrilling perks, then, of owning your own indie record label, but Reznor appears to have had a change of mind regarding his present business partnership with the majors. Back in 2007, he says, the decision for NIN to part ways with Interscope (a division of Universal) was amicable. “I felt that big record labels hadn’t figured out the new climate, that they’re looking at music fans as the enemy, trying to combat piracy by attacking the wrong people, and hesitant to embrace any new technology. At the end of the day, if you look at these things through the eyes of a consumer – which I often do because first and foremost I’ve always been a fan – then you ask yourself what’s it like for the person who’s just a fan of the music? What do they experience? How do they get it? Are they being forced to buy something they don’t want? And so on.”

After a few years of working flat out with The Null Corporation label, of trying everything he could think of to make selling music online as viable as possible, Reznor came to the conclusion that solving these problems “is bigger than what one band can do. I don’t think the solution is to sign up to the new NIN record and pay me five dollars or ten dollars a year and then you’ll get everything I do. Ditto with Radiohead, or anyone else. I realized, also, that I was devoting a hell of a lot of time and energy into – and let’s call it what it is – market research, how to engage consumers, and shit like that. Stuff that is as sexy as it sounds, basically.”

Reznor sounds weary just talking about it; maybe it’s the time difference, the jetlag or the sheer exhaustion of trying to keep a foothold in an area of the music industry that appears to be rapidly dwindling. “I’m just trying to figure out the best way to be a musician right now,” he offers. “What is right in the summer of 2013 isn’t what was right six months ago, and it won’t be what’s right in six months time. I’m just trying to figure out what the best plan of action is, and to share the results with people.”

Is the former hellraiser settling down? “Whoa, there!” is the immediate response. “Even a hint of the word ‘settled’ would have been terrifying to me a few years ago – it would have felt like a death knell, but I feel like I’m okay with who I am right now: positive, able to tap into a truthfulness, an honesty in an accurate way, with integrity and authenticity.”

When he was 20, Reznor remarks, he thought being settled would be far too normal a state to attain. Now, he adds, it feels like it’s something he’s proud to have achieved. “I’m making a living, people are interested in what I’m doing, and I’m glad to be in that position. I’m not doing this because I need to make a down payment on something. I’m doing it because it still feels real to me. I feel I’ve always tried to be pure about it. I still believe that I’m here to make music, and it’s a gift I need to respect. I would love to feel the balance of doing that, yet at the same time to carve out time to feel human, to interact with my family. There is an achievable balance here that would not have been possible before I was sober, not possible in my own head a few years.”

(This first appeared in The Irish Times/The Ticket, 2013.)