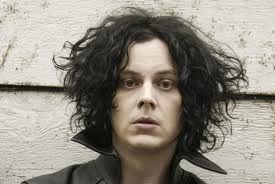 “If you can’t ask yourself the tough questions as a priest – does God really exist? Are all the Christian ways to get to God blind paths, and so on – then you have no business being one. In a lot of ways, preachers, ministers, priests in any religion, are not allowed to say those things out loud. That began to bother me – that I would have to keep those things quiet. Blind faith makes you not ask those questions, and I think that’s where my struggle would have lain.”

Picture this – myself, Jack White, a London hotel room, talking religion. If you think that’s something of a conundrum, how’s this for you: born into a staunchly Catholic family in Detroit, the youngest of ten children, White (aka John Gillis) made the step from altar boy to being accepted into a seminary in Wisconsin. “I decided not to go,” White says. “I learned later on that music was actually my vocation; that, in fact, spirituality and music are the same thing. Music fulfilled my connection to God in a way that would be unfettered by man’s interpretation and man’s religious ideas. I can become closer to God by understanding the beauty of what I do musically. In this vocation I can vocalize those topics.”

Jack White has just flown over to London from Texas; he looks knackered but the raggedness befits his status as one of the busiest and most respected people on Planet Rock. Here is a man who made pared-back blues/rock cool again (White Stripes), successfully fused peak-fit rock with buttoned-down pop (The Raconteurs), smartly refitted blockbuster riffs (The Dead Weather), rebooted the careers of country music legends (Loretta Lynn, Wanda Jackson), and set up one of the most efficient indie record labels of the past ten years (Third Man Records). Tired? No wonder he’s tired.

White smiles through a mop of black hair that occasionally covers his entire face. Wiry, slim, dressed in black head-to-toe, and as welcoming as a birthday card, he is in London on promotion duties for his debut solo album, Blunderbuss. For someone so enmeshed in intersecting circles of credibility, White is as down to earth as you can imagine. No airs, then, just grace, and a realization that his busy schedules can occasionally be the cause of problems. “I love to create struggle to work off, but some of those problems are no fun – sleep deprivation is neither cool nor inspiring. There are times when I have no sleep and end up, for some reason, having a productive day, but the worry kicks in when you have people buying tickets to see a show – staying up all night affects the voice.” No aftershow parties, then? “If you don’t have an agenda like getting loaded or laid then there isn’t much interest for me in those parties. Sometimes I just don’t really have anything to gain from hanging out.” So it’s back to the hotel room for a shower and an episode of Grey’s Anatomy? “Now there’s an idea…”

Of Polish, Canadian and Scottish descent, White has been in our faces for almost 15 years. In 1997, he formed the White Stripes, with Meg White (the woman he married a year previously, and whose surname he took rather than the other way around; they divorced in 2000). Then came the aforementioned Raconteurs and Dead Weather, each distinctive and separate entities that benefitted, undoubtedly, from White’s garage rock/blues/country affiliations. As the brain behind the prolific Third Man Records he has been responsible for keeping alive the notion that vinyl is the format of choice for the discerning music fan. Rare singles and albums released on the label (for which he has produced over 140) include those by all of his affiliated bands, as well as Alabama Shakes, Wanda Jackson, Laura Marling, Jenny & Johnny, First Aid Kit, Cold War Kids, White Denim, Jerry Lee Lewis, Tom Jones, and Beck.

White, clearly, is not one to sit around and twiddle his thumbs. Blunderbuss came about, however, following a period of if not inertia then certainly turmoil. In June of 2011, following six years of marriage and two children, he and his second wife, British model/singer Karen Elson, divorced. We’re not saying that Blunderbuss benefits from the emotional turbulence of such events, but it doesn’t take much cop-on to notice that it might have helped. What also marks out the album from all of his previous work is that it is a bona fide solo record – for the first time in over 15 years, White is very much on his own.

“That is right. I mean, I suppose it was a solitary thing in the White Stripes, but that band was so simple there was very little production or orchestrating going on. There’d be an overdub of a guitar or piano, but not much. And we recorded very quickly, too. But this solo album is quite different. I didn’t want to get into a control-freak state of mind, though. Back in the day, if I was producing I’d feel I’d need to help a band make their songs come alive, without exactly telling them what to do. Here, these were my songs, I was working with hired people who were talented, of course, but I had to tell them what I wanted to hear.”

So you went from being a democrat to a dictator? He shrugs, smiles, nods in the affirmative. “It’s freeing in the sense that I know in my heart it isn’t about ego or control – it’s about the song. There’s a difference, and maybe some people don’t see that. If that’s the case then you have to tell yourself not to care – who cares what they think? I’ve gone to places with this album that previously I haven’t. A band like, say, White Stripes, were boxed in – we weren’t able to go to certain spots. With this album, I could bring in a pedal steel guitar player; and what was to stop me bringing in a harp player or a tuba player? I had the freedom to make decisions that made sense to me.”

White admits that he likes challenging himself; we’ll resist using words such as ‘self-scourging’ or ‘masochistic’, but there seems to be an itch in his character that requires regular scratching. “I could be easier going on myself,” he relents. “I pledged to give myself to art and music, though – otherwise what’s the point? Sometimes I’d see on television a person who would use the words ‘rock star’ to describe themselves; I would hear them say things like, ‘if any one tells you that they’re in this business other than to get women then they’re lying’. Well, call me a liar, then, because what I’m involved in is all or nothing. You have to give yourself over to it, and the problem with that is you don’t get to go home and have a champagne party all the time. You make a lifelong sacrifice to the art and if you don’t do that you suffer.”

White is not into artifice; he’s honest enough to say that if he hears a song and he knows the songwriter has nailed it (“with or without the benefit of a beautiful or sad lyric”) then that same song can bring him to tears. This might only happens once in a while, he imparts, but it’s enough to make him continue the search for it to happen again. “Having your breath taken away for even a second,” he smiles and shakes his head in a show of admiration – cue a curtain of hair over his face – “is something you can’t even explain to people.”

He aspires to taking people’s breath away, of course? “Yes, but the hardest part about that job is that it’s not mathematical; there is no formula, no tricks, no tools. There isn’t even hard work. It just has to be magical.” It has also, he adds, nothing to do with whether people are good singers or – and this is imparted without a hint of ego – good-looking. “It’s a variety of things combining at the same time. In your heart you know that if you pull something off that contains magic – or elements of magic – then it wasn’t to do with investors or executive producers. A Hollywood movie, for example, can have a massive hype machine behind it that can take something that isn’t great and make it a blockbuster.

“I know, however, that where my music is created – in my heart – comes from the right place.”