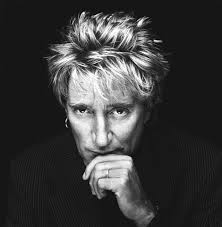 It isn’t often that a journalist can say they were once on the same line-up as an internationally famous rock star, but in my case it’s true. It’s on a t-shirt I used to have. You don’t believe me? Read on.

Flashback to 1991. I had been married for less than a year, and despite assurances from my wife that it would be at least two years before we would start a family she was nine months and two weeks pregnant. My wife was also a Rod Stewart fan, and so on Saturday June 29, 1991, we drove from rural County Louth to the Dublin city hotspot of the RDS. It was, I recall only too vividly, a scorcher, the kind of day where you’d be into, maybe, buying a t-shirt for a keepsake of the concert.

Anyway, there we were, a father-to-be escorting his overdue wife through the bustling crowds that were making their way to the gig. We walked slowly and cautiously along Ballsbridge, and then turned right, passing what is now the Four Seasons Hotel, into the narrow road leading towards an entrance into the RDS compound. We wanted to get to the gig reasonably early because there was a couple of decent support acts that we wanted to see first – notably two Irish acts, The Stunning and The Fat Lady Sings. And we wanted to see Rod, a right old charmer who at this stage in his career hadn’t yet succumbed to thumbing his way through the American Songbook. As we were approaching the entrance gate, we noticed street hawkers selling t-shirts. Nothing new there, but as we were passing one of the hawkers and a few people, who were checking out the t-shirts for quality (and provenance, of course) we overheard the following, rather incredulous query: “who the fuck is Tony Clayton-Lea?”

On the face of it, this is undoubtedly a fair enough question (and quite likely one that a number of people have, with some justification, asked since), but it was the way it was phrased that made myself and my wife look at each other with some confusion. We walked back a few steps and took in the hawkers, the people gathered around, and the plastic bag on the ground loaded with illegal t-shirts. “Never heard of him,” was the reply. “And with a poncy name like that I’d say he’s shite…”

On the blokes walked. I picked up one of the flimsy t-shirts, which had a rather fetching image of Rodders on the front. It was your bog-standard bootleg t-shirt – cheap, but effective – but when I turned it around I discovered something very unusual: I read, with increasing amazement, the following words on the back: Rod Stewart, supported by Status Quo, The Stunning, The Fat Lady Sings, and – yes, I’m guessing you’re way ahead of me here – Tony Clayton-Lea.

It didn’t take long to discover what had happened. In the late June issue of In Dublin magazine (of which I was then Music/Books Editor), I had written a short preview of the RDS concert; immediately following ‘The Fat Lady Sings’ was a full stop, and then my byline, which the bootleggers obviously thought was the bottom-of-the-bill act. Oh, how we laughed on the way into the RDS. We bought two t-shirts, rolled them up in ball, brought them home, and before our heads hit the pillows, laughed again at the ridiculous notion of me being on the same bill as Rod Stewart.

The following morning I broke at least three red lights on the way to Holles Street. If I’d been pulled over I’m sure I’d have blamed Rod the Mod. He’d have understood. I mean, I supported him, didn’t I? The least he could do was to return the favour.