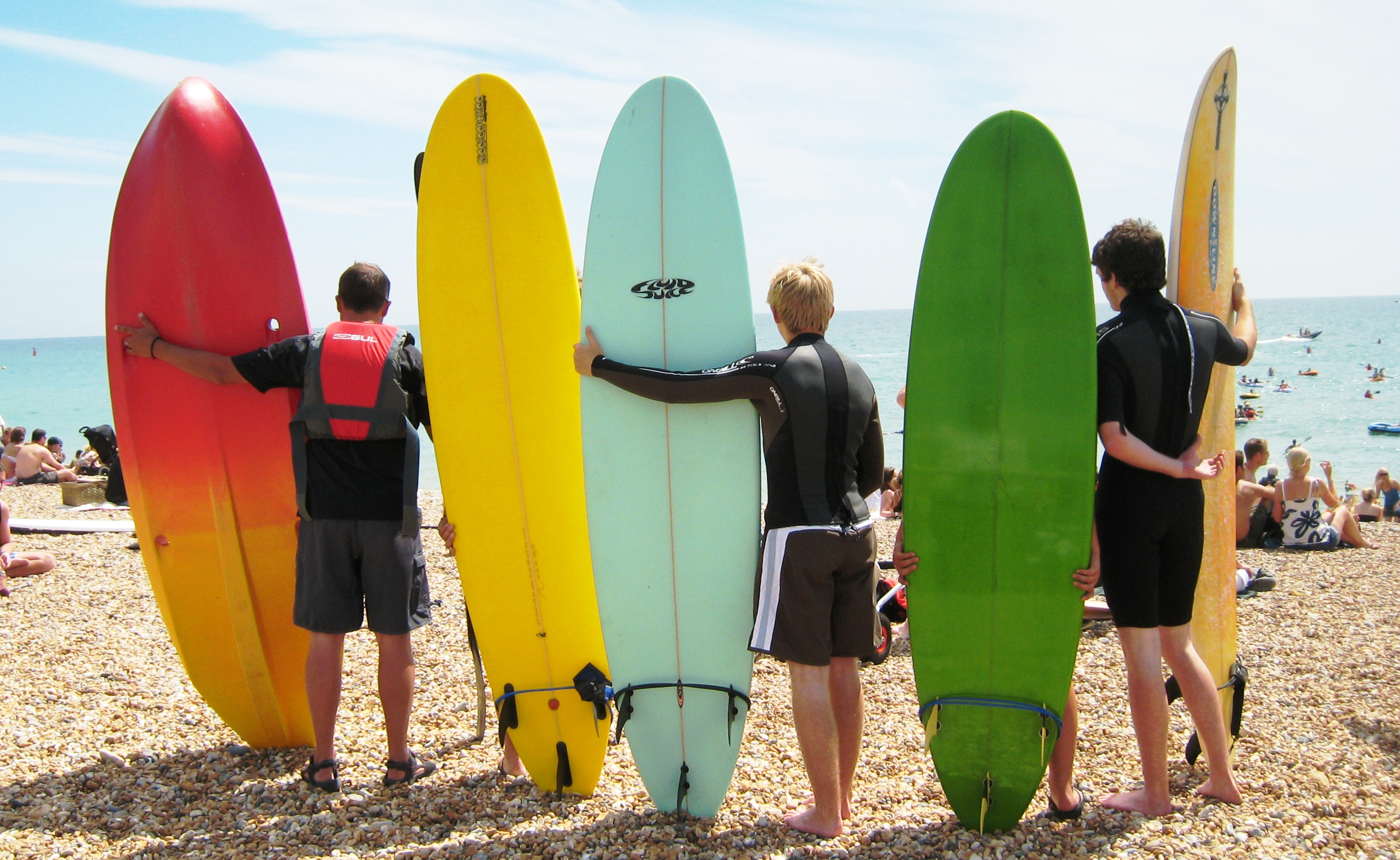 Brighton? Isn’t it full of spivs with ‘Kiss Me Quick’ hats tipped at a jaunty angle? Old habits die hard, as do old impressions handed down through a legacy of grainy, clichéd black’n’white movies and postcards, a world of working class civilians taking in the bracing sea air for a saucy weekend of single malts and double entendres.

Forget about what you may have heard about Brighton over the years. These days, the city of Brighton (it was granted city status in 2000) has caught up with the times. It’s still truthful enough, however, to state that it’s where people go to for a staggeringly good weekend break. Just check off the positive points: it’s a shopping city; a foodie city; a bar city; an arts city. It’s also a place that contains genuine heritage and fine architecture, a city that has experienced no small levels of upgrading and updating in the past ten years. It has been revamped with care and attention to detail and history, and while there are inevitably some areas that still need work (can anyone direct me to a city that’s perfect?) it’s safe to say that, for now and for the foreseeable future, Brighton is Happening-City-Sur-Mer.

If you’re planning to haul yourself and a friend over to the UK’s most continental city, the first thing you need to be aware of is how easy it is to get to from London. No matter where you fly into London, Brighton is about an hour away, so there’s very little time wasted in getting from home to away. Now that you’ve got your travel time itemised, a word or two about accommodation: there are loads of options to choose from: pricey to a multitude of less-than-expensive.

Once you’ve unpacked your swizzle sticks and sun tan lotion, it’s time to venture out and take stock of your surroundings and get your bearings. The first thing I’d advise you to do is to make your way to the beach/waterfront area. Once the butt of risqué remarks from Penzance to the Highlands, Brighton beachfront is now a lengthy area where bars, cafés, restaurants, Artists Quarters, historical fishing areas and public art lay side by side. It might be something of an exaggeration to say that it’s where Venice Beach meets toffee apples, but there’s little doubting the intention behind such a marvellous development. Walking along it brings back childhood memories, and it’s to the credit of all concerned that – via carousels, fish’n’chip shops, beach volleyball/basketball courts and peeling paint – it points to a new social horizon whilst still maintaining an intrinsic sense of British seaside charm.

The beachfront officially stretches from Kings Road (with the Brighton Centre as a reference starting point) to Grand Junction Road, and it’s from this latter point that you can engage with varying facets of what makes Brighton tick: if you turn right you can’t miss Brighton (or Palace) Pier, which is seaside overkill for the sensitive soul with its large array of one-arm bandits, mildly teasing rollercoasters and stalls selling candy floss, donuts and palm-readings. If you turn left, you will head into The Lanes area, which in turn will lead you into the triptych of the Brighton Dome, the Royal Pavilion and the Brighton Museum & Art Gallery.

Once the heart of Brighton’s medieval fishing town, the historic quarter of The Lanes has been transformed over the years into a puzzle of alleyways that is mind-boggling (and occasionally disconcerting) in its level of twists and turns. Amidst the mixture of shops, there is a quirky network of alfresco cafes and restaurants that will eventually bring you out into Castle Square, from where the Royal Pavilion, Brighton Dome and Brighton Museum & Art Gallery are but a skip and a hop away. A visit to each is a good idea, while a tour of the Royal Pavilion is a must as it acts as a window into how and why Brighton is what it is today.

The Pavilion began as a modest dwelling and ended as an exotic ode to fashion. Conceptualised by George, Prince Regent– “a man in love with life and love; next to him Casanova was a beginner” our guide informs us – the Pavilion has become a status symbol for the city if not for the people. Our guide advises us not to question the décor (it looks as if it were deliberately chosen as a backcloth to a continuous round of swish parties) but to let it wash over us. It remains something of a glorious anomaly and is possibly the world’s most luxurious council house. Why so? The people of Brighton own it, having bought it in 1850 from Queen Victoria, who disliked the town’s bustling nature. (“Brighton is too full of the wrong type of people,” she said. “They’re too frivolous…”)

Passing the Royal Pavilion east along North Street and turning north into Bond Street will bring you into the warren of alternative consumerism that is the North Laines shopping area. While High Street shoppers may wish to wander into the rather more conservative environs of Duke, Ship and North Streets, the more eagle-eyed will definitely want to explore the intense grid-like conglomeration and organised clutter of North Laine’s shops. There are so many I lost count and almost my sense of purpose, but you’d be crazy not to experience what is as much a part of Brighton as the piers, the beachfront and the ever so slightly frayed Regency architecture.

Where else to take in if you have a few hours to spare between waking up, shopping and eating? At the extreme and opposite end of the city centre is the Brunswick & Hove district, a tranquil, gracious and smaller version of elder brother Brighton. You’ll be drawn back into the city centre quick enough, though, with its air of better things about to happen and concrete promises of even further development – all within a relatively small geographical framework.

In some ways, Brighton has the best of both worlds: several areas enjoy the intimacy of a village while others are as city-oriented as one can imagine. Chelsea with a beachfront, a suntan and a cool pair of shades, anyone? Count me in.

(This article was first published in the Irish Examiner Weekend Magazine in August, 2015.)